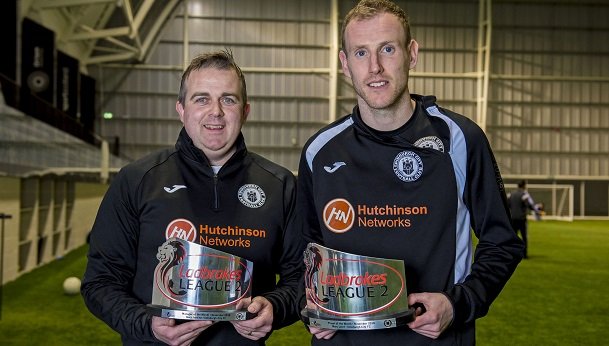 Edinburgh City have claimed a Ladbrokes League 2 awards double for November after climbing off the foot of the table.

Edinburgh City have claimed a Ladbrokes League 2 awards double for November after climbing off the foot of the table.

The Lowland League champions endured a difficult start to life in the SPFL but are unbeaten in five league games going into tomorrow's match against Stirling Albion at Meadowbank Stadium.

Boss Gary Jardine, who has been in charge since 2010, was voted League 2 Manager of the Month and former Yeovil Town midfielder Marc Laird has been named Player of the Month.

Jardine told Ladbrokes News: “I am delighted - not as much on a personal level, but more as a group. Everything is new to us and we endured a really tough time at the start of the season, going a lot of games without winning.

"The confidence didn't hit a low but the boys were down - they had been working their socks off. It looked like we were going to be cast adrift at one point and I think some other teams took solace from that.

"But over the last two months we've turned things around - it really only was a belief and confidence that allowed us to go on an unbeaten run but it's down to the players and the way everybody has pulled together."