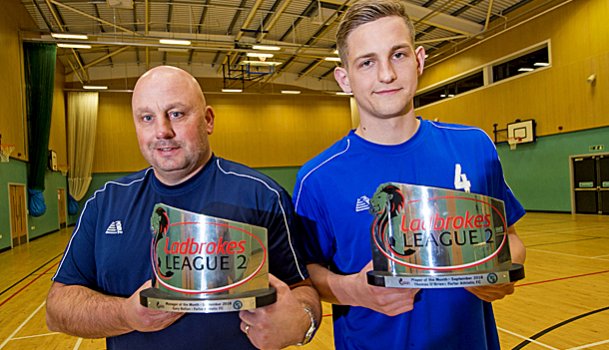 Leaders Forfar Athletic have won both Ladbrokes League 2 awards for the second month in succession.

Leaders Forfar Athletic have won both Ladbrokes League 2 awards for the second month in succession.

The Loons beat Annan Athletic (2-1), Stirling Albion (4-1) and Clyde (1-0) to make it seven league wins out of seven by the end of September.

Gary Bollan has been voted Manager of the Month and Thomas O'Brien - who scored the winner at Broadwood - was named Player of the Month. Forfar are six points clear at the top of Ladbrokes League 2 going into Saturday's game against local rivals Arbroath at Gayfield.