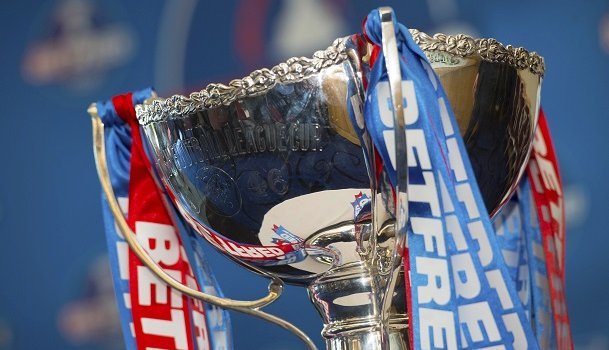 The quarter-finals of the Betfred Cup go ahead this midweek, with places in the semi-finals on the weekend of October 21/22 at stake.

The quarter-finals of the Betfred Cup go ahead this midweek, with places in the semi-finals on the weekend of October 21/22 at stake.

The draw for the last four will be made on Thursday evening, live on BT Sport following their coverage of Motherwell v Aberdeen from Fir Park.

Hibernian v Livingston - Tuesday, 7.45pm
This is the first meeting of the teams in this competition since Livingston claimed a shock 2-0 win in the 2003/04 final at Hampden. Hibs again go into tonight's game as favourites but David Hopkin's men will make the short journey to Easter Road in confident mood after a 3-1 weekend win at Inverness. Livi beat Falkirk 2-1 after extra time in round two while Hibs hammered Ayr United 5-0.

Partick Thistle v Rangers - Tuesday, 7.45pm (Live on BT Sport)
The teams met at the Energy Check Stadium at Firhill on Friday night as an enthralling game finished 2-2. Thistle were impressive 3-0 winners at St Johnstone in round two but are seeking their first victory over Rangers for 24 years. The Ibrox side thrashed Dunfermline Athletic 6-0 to reach this stage and won the last League Cup clash against the Jags 2-1 after extra time at Firhill in September 2008.

Dundee v Celtic - Wednesday, 7.45pm (Live on BT Sport)
Celtic won all three meetings against Dundee last season, albeit by a single goal on each occasion, and are unbeaten in 55 domestic matches, including a 5-0 victory over Kilmarnock in the Betfred Cup second round. Dundee go into the game boosted by Saturday's 3-2 defeat of St Johnstone at Dens Park while Celtic saw off Ross County 4-0. The last League Cup meeting was in September 2007 when the Parkhead men won 2-1 on Tayside.

Motherwell v Aberdeen - Thursday, 7.45pm (Live on BT Sport)
It's part one of a Fir Park double header as the teams also meet again on Sunday in the Ladbrokes Premiership, live on BT Sport at 12.15pm. Stephen Robinson's men beat Ross County 3-2 in Dingwall after extra time in the last 16 while Derek McInnes' side edged out Hamilton Accies 1-0 at the SuperSeal Stadium. Both teams drew at the weekend - Aberdeen were held 1-1 by Kilmarnock at Pittodrie while Motherwell hit back as it finished 2-2 away to Hibernian.