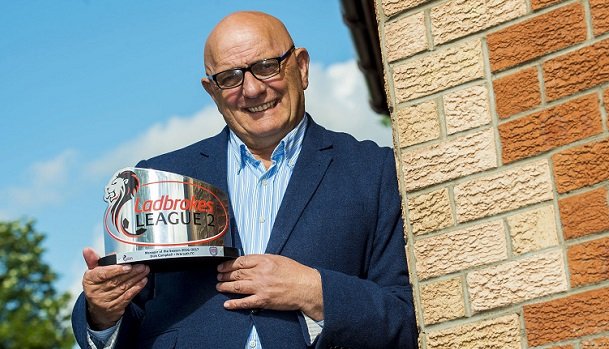 Arbroath boss Dick Campbell has been named Ladbrokes League 2 Manager of the Year for 2016/17.

Campbell guided the Red Lichties to the title, sealing their success on the final day of the season with a draw at Stirling as local rivals Forfar slipped up against Annan.

The Gayfield club – who lost only one away game all season – can now look forward to life in Ladbrokes League 1 come August.

The Ladbrokes yearly awards are voted for by members of the Scottish media, with a Manager and a Player of the Year selected for each of the four divisions.

Campbell told Ladbrokes News: "I think it’s as good an effort by one of my teams from all the years I’ve been in the game.

“You win the championship because you accrue more points than anybody else and Forfar helped us a wee bit by dropping lots of points, but the last 15 games we only lost twice. That’s a magnificent effort and I’m very happy.

"I’m already planning for next season right now, today! My beliefs are very simple; I’ve had four championships and four promotions and anybody we sign in the summer has got to be better than what we’ve got. No question. That’s a natural progression. Everybody’s got a part to play."