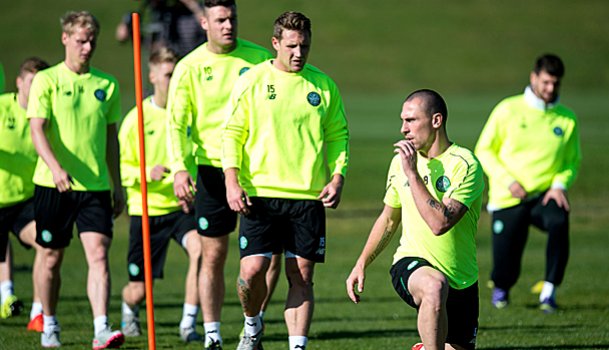 Celtic play their second game in Europa League Group A when they face Fenerbahce at Parkhead on Thursday night.

Celtic play their second game in Europa League Group A when they face Fenerbahce at Parkhead on Thursday night.

Ronny Deila's side kicked off their campaign with an impressive 2-2 draw against Ajax in the Amsterdam ArenA while the Turkish side suffered a shock 3-1 defeat at home to Molde of Norway on matchday 1 a fortnight ago.

Deila, who will be without the suspended Emilio Izaguirre, told the Celtic website: “Fenerbahce are a much more experienced team than Ajax.

“We’re meeting players who have been in the game for many years and it’s a team put together to perform now and win things. It’s going to be tough but here at Celtic Park we know what we’re capable of doing.

"We’ve see the last four games that Fenerbahce have played and John Kennedy was over to watch the game at the weekend against Besiktas, so we know they have a lot of quality players.

“They are a good team when they’re playing at their best, but we’ve also seen weaknesses that we’re hoping to exploit.”