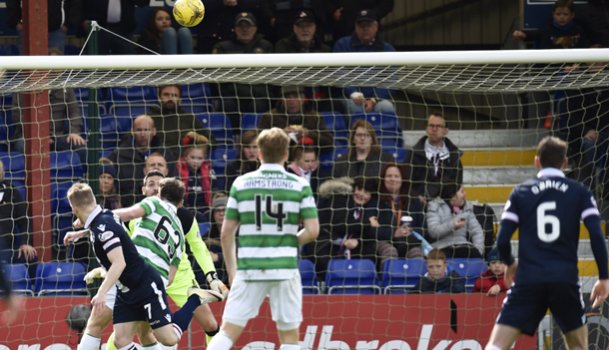 County and Celtic draw in Dingwall

Ross County earned a crucial point in their battle to remain in the Ladbrokes Premiership by holding Celtic to a 2-2 draw in Dingwall on Sunday.

The champions dominated the first half and went ahead when Kieran Tierney found the corner from long range but Michael Gardyne headed the equaliser with his first goal of the season just after half-time.

Patrick Roberts restored Celtic's advantage with a terrific goal 12 minutes from time but Liam Boyce converted a last-minute penalty for Jim McIntyre's men, although there appeared to be no contact when Alex Schalk went down in the box, and Scott Brown was sent off in stoppage time for a bad tackle on Boyce.

Celtic remain unbeaten in domestic football this season while the draw was enough to lift the Staggies into eighth place in the table.