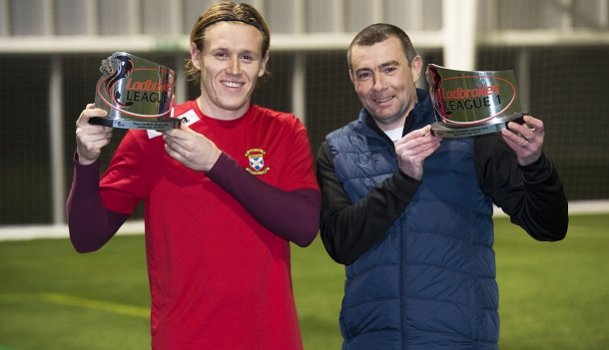 New boss Barry Smith, who was in charge for three of those matches, was voted Manager of the Month and skipper Jonathan Page was named Player of the Month.

The Bayview club have climbed to sixth place in the table and are only three points outside the play-offs as they prepare to face Airdrieonians at the Excelsior Stadium on Saturday.

Smith told Ladbrokes News: “It is nice to get a little bit of recognition, but having just come into the job, a lot of the credit has to go to the players.

“I knew some of the players and I knew a few of them had played at a higher level, but the work rate and work ethic is something that wins half the battle right away. Their attitude towards training and playing has been excellent since I come in.”