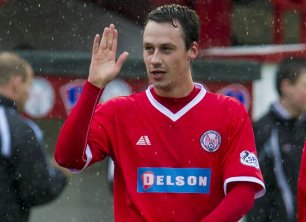 Former Brechin City defender Jonny Brown has completed his move to junior side Bonnyrigg Rose following his release from Glebe Park at the end of the last campaign.

Brown started his career at Hearts but never made the grade at the Capital club despite loan spells at Livingston and Stirling Albion and he then joined the West Lothian side 2011.

Former Brechin boss Jim Weir took the Scotland under-19 cpa to Glebe Park in 2011 and he played regularly over the last two seasons despite carrying an ankle injury.