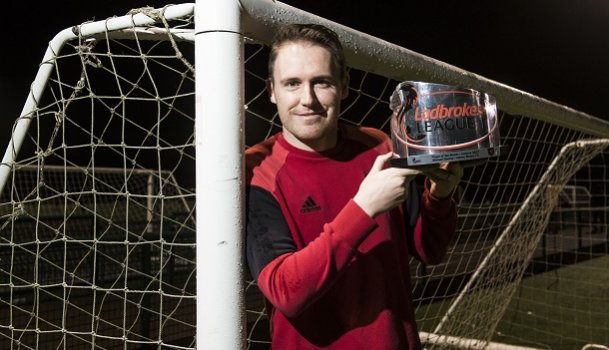 Albion Rovers captain Michael Dunlop has been named Ladbrokes League 1 Player of the Month for January.

Albion Rovers captain Michael Dunlop has been named Ladbrokes League 1 Player of the Month for January.

The 34-year-old has started every game for Darren Young's side this season and scored the only goal in the home win over Brechin City.

He also helped Rovers beat local rivals Airdrieonians at the Excelsior Stadium for the second time in 2016/17 while they ended the month with a 1-1 draw against Alloa.

The Coatbridge club are seventh in the table, four points outside the promotion play-offs, as they prepare to travel to Peterhead on Saturday.

Dunlop told Ladbrokes News: "I'm over the moon - I wasn't expecting it. Usually it's the attacking players that get these kind of awards. It's good recognition for the club after a good month.

"This is the first Player of the Month I've had. The last three years I've been in the Team of the Year so that was a great honour. This is just another excellent achievement and I'm proud of it. Our team has no superstars - we really are the epitome of a team."