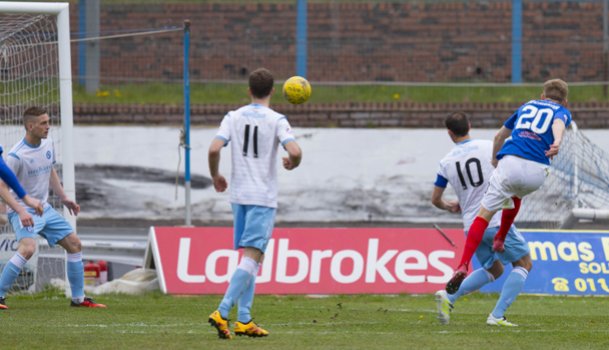 It&#39;s all change at the top of Ladbrokes League 2 going into the final weekend of the season.

It's all change at the top of Ladbrokes League 2 going into the final weekend of the season.

Long-time leaders Forfar Athletic were held to a 1-1 draw away to bottom club Cowdenbeath. Danny Denholm cancelled out Robbie Buchanan's opener, after Shaun Rutherford had been sent off, but the Loons couldn't conjure up a winner.

That allowed Arbroath to go top thanks to a 3-2 win over Elgin City at Gayfield. Ryan McCord grabbed a hat-trick for the Red Lichties, with Jamie Reid – who was later sent off –  and Jass Sukar (own goal) netting for the visitors.

Annan booked their play-off place in style by thrashing Montrose 5-1 at Galabank. Rabin Omar, Barry Cuddihy, Steven Swinglehurst and Raffi Krissian all scored in the first 17 minutes and Montrose's day got worse when Iain Campbell saw red. Peter Weatherson added a fifth before Kerr Hay pulled one back.

Derek Riordan scored in the last minute as Edinburgh City edged out Stirling Albion in their final match at Meadowbank Stadium.