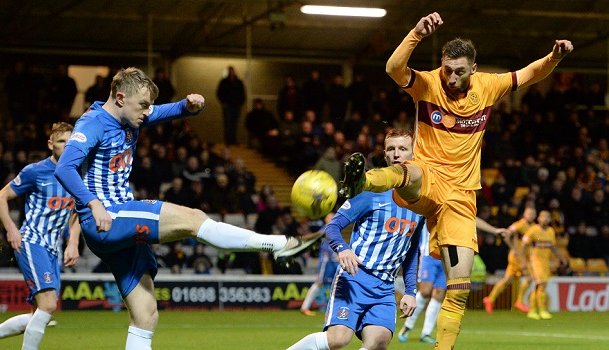 Games of the Weekend: March 4

Andy Harrow of The Terrace Scottish football podcast picks four games to look out for across the SPFL this weekend.

Andy Harrow of The Terrace Scottish football podcast picks four games to look out for across the SPFL this weekend.

Kilmarnock v Motherwell – Ladbrokes Premiership
Due to the Scottish Cup quarter-finals there’s only one Ladbrokes Premiership game and it’s at Rugby Park. Kilmarnock sit in eighth spot, four points off the top six and four ahead of Motherwell, who parted ways with Mark McGhee after last weekend’s 5-1 defeat to Dundee. For Well, they will be keen to pick up three points to ease current relegation fears.

Last encounter: Motherwell 0-0 Kilmarnock (10.12.16)
It was a stalemate last time the sides met.  Ross MacLean, Louis Moult and Scott McDonald all missed good chances for the home side while Souleymane Coulibaly came closest for Killie with an overhead kick.  The draw meant Kilmarnock stayed in the top six while Motherwell remained in ninth, two points behind.

Queen of the South v Falkirk – Ladbrokes Championship
Queen of the South took advantage of the top four all drawing last weekend to pull themselves closer to the promotion play-off spots.  A relatively comfortable 2-1 victory over Raith Rovers at Palmerston means they now sit eight points behind both Morton and Falkirk. Saturday’s fixture will go some way to deciding who will make it into the top four.

Last encounter: Falkirk 2-2 Queen of the South (10.12.16)
A Derek Lyle goal on the hour mark rescued a good point for the Dumfries men away to Falkirk. The draw halted a run of seven league defeats in a row for Queens while a point was enough for Falkirk to remain in third.  Stephen Dobbie put the visitors ahead before a Myles Hippolyte double turned the tide prior to Lyle’s intervention.

East Fife v Albion Rovers – Ladbrokes League 1
Both clubs go into Saturday’s game with much to play for.  For the hosts, they sit in the top four but only on goal difference from Brechin while Albion Rovers find themselves eighth – only four points ahead of bottom-placed Stenhousemuir but also only five from the Fifers in an incredibly tight league.

Last encounter:  East Fife 2-2 Albion Rovers (06.08.16)
It’s been seven months since these two last played each other; the longest gap in fixtures between two sides in the entire SPFL.  For those that can’t remember back to those warmer, summer days, East Fife were twice ahead through Kevin Smith and Jason Kerr but Calum Ferguson and Ryan Wallace replied.

Cowdenbeath v Stirling Albion – Ladbrokes League 2
Saturday highlights another crucial match in the Ladbrokes League 2 relegation battle. Six defeats in a row have left the Blue Brazil seven points behind both Clyde and Edinburgh City at the bottom. Rejuvenated Stirling are seeking their third win in the space of a week and that would move them 14 points clear of Cowdenbeath.