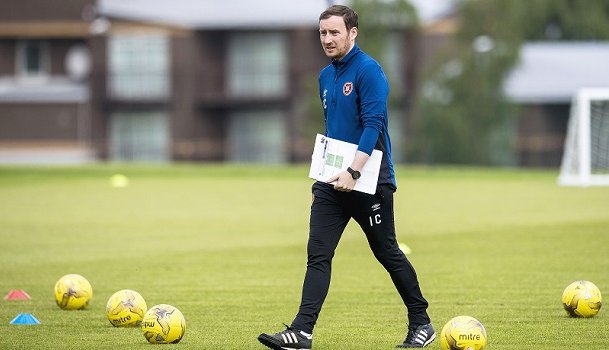 Heart of Midlothian have parted company with head coach Ian Cathro in the wake of Saturday&#39;s Betfred Cup exit against Dunfermline Athletic.

Heart of Midlothian have parted company with head coach Ian Cathro in the wake of Saturday's Betfred Cup exit against Dunfermline Athletic.

The former Dundee United, Valencia and Newcastle coach took over from Robbie Neilson in December but the team finished last season fifth in the Ladbrokes Premiership and failed to progress from the group stage of the 2017/18 Betfred Cup.

A statement on the club website read: "Craig Levein, Hearts’ director of football, has confirmed that head coach Ian Cathro will leave the club with immediate effect.

"The board wishes it to be known that this was a very difficult decision, reluctantly made, as every member of the board recognises that Ian is an extremely talented young coach with a very bright future ahead of him. We thank Ian for all of his efforts and wish him well in the future.

"A further statement will be made tomorrow in relation to management plans for this weekend’s Ladbrokes Premiership match against Celtic and longer term."