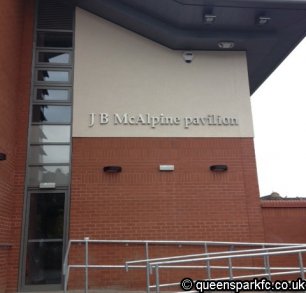 Queen's Park have opted to call their new youth and community building at Lesser Hampden the JB McAlpine pavilion in honour of one of the longest-serving players in the clubs near 150-year history.

The Portakabins that have housed the club’s activities for over the last decade have now been vacated and the club have moved into their new purpose-built pavilion that sits in the shadow of the National Stadium.

The club’s General Manager Christine Wright said: “In selecting the name for the new Pavilion, the club sought to capture someone closely associated with the club’s heritage, tradition and core values.

“JB McAlpine played for Queen's Park from 1919 until 1933, making a total of 547 appearances and scoring 192 goals.  He then returned to serve the club as a Committee member, taking on the role of Club President from 1953 to 1955.  His remarkable contribution to Queen’s Park is an appropriate point of reference for our current generation of players and members.

Wright added: “We are now looking forward to the formal opening of the JB McAlpine Pavilion later in the year.”