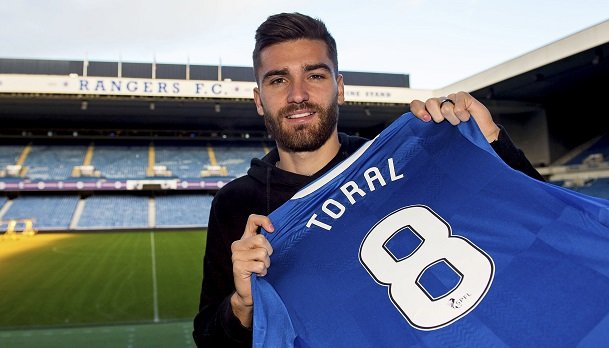 Rangers bring in Toral on loan

Rangers have signed Spanish midfielder Jon Toral on loan from Arsenal until the end of the season.

Rangers have signed Spanish midfielder Jon Toral on loan from Arsenal until the end of the season.

The 21-year-old has had previous loan spells with Brentford, Birmingham City and Granada since joining the Gunners from the Barcelona Academy in 2011.

Rangers manager Mark Warburton, who also added Emerson Hyndman to his squad this week, told the club website: "There is no doubt he’s a quality act and I hope the Ibrox crowd are looking forward to seeing him play.

“I think his best position is probably in behind the striker. He can also play wide right, wide left - he can play eight, so we have that flexibility and the options to look at."