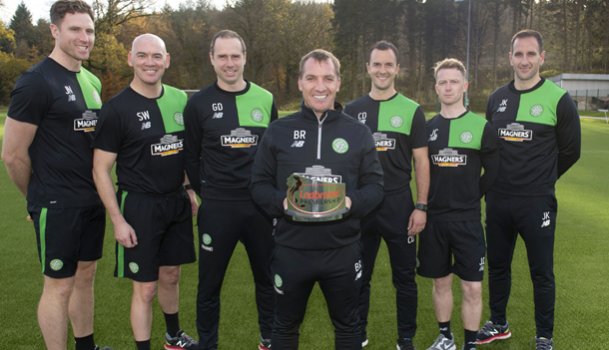 Rodgers voted Manager of the Month

Celtic boss Brendan Rodgers has been voted Ladbrokes Premiership Manager of the Month for October.

Celtic boss Brendan Rodgers has been voted Ladbrokes Premiership Manager of the Month for October.

The unbeaten league leaders notched up four Premiership wins out of four without conceding a goal as they increased their advantage at the summit.

Celtic defeated Dundee (1-0) and Motherwell (2-0) then saw off Ross County 4-0 and closest challengers Aberdeen 1-0 at the end of the month.

They have a 10-point lead at the top of the table going into Friday night's game against Kilmarnock at Rugby Park, live on BT Sport at 7.45pm.