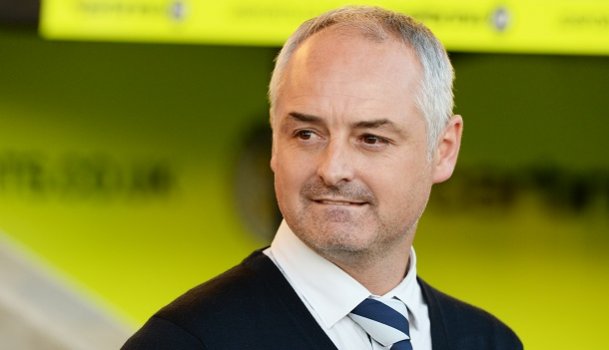 Raith Rovers manager Ray McKinnon is hoping his side will be backed by a big crowd when they face Hibernian at Stark&#39;s Park on Saturday.

Raith Rovers manager Ray McKinnon is hoping his side will be backed by a big crowd when they face Hibernian at Stark's Park on Saturday.

The Kirkcaldy club are chasing a sixth straight win in the Ladbrokes Championship and victory over Alan Stubbs' team would take them back to second place in the table.

McKinnon, who took over from Grant Murray in the summer, told the club website: "Our support both at home and away has been excellent and it really does make a difference to the players when we have that positive backing.

"It is no coincidence that we have managed to record some late goals in games and the fans must take a share of the credit for this by encouraging the team right to the final whistle.

"To those fans who have been at our games - and I’m sure you’ll be there again this Saturday - you will know that we are all trying to increase our fan-base. If you can, please try to encourage any relatives or friends along who may be lapsed supporters in order to attract them back."