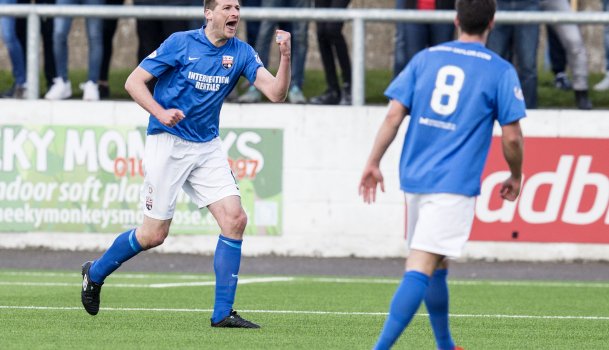 Andy Harrow, Shaughan McGuigan and Craig G Telfer bring you the Scottish Football Bucket List; all the reasons you need to visit the Ladbrokes Championship, League 1 and League 2 during the Premiership winter break. &nbsp;

Chris Templeman: The Human Octopus
Big Chris Templeman is surely one of the most endearing figures in the Scottish lower leagues. The lower league legend has enjoyed a career taking in spells with Brechin City, East Fife and Forfar Athletic, and now, in his 38th year, finds himself at the focal point of Montrose’s attack. With his telescopic legs, "Sanny” can appear both awkward and yet somehow graceful as he waltzes through opposition defences with the ball at his feet. More than just a battering ram, Templeman is the definition of “good touch for a big man”. (CGT)

Half-Time sustenance
Football is not just about the football; it’s also about half-time sustenance. The SPFL offers some of the best and cheapest – from Dunfermline’s famously good selection of baked goods, to the home of the bridie, in Forfar – there are plenty of hearty treats to warm the cockles. What’s more, according to BBC’s Price of Football survey, you can buy a pie and a tea for £3 or less at the majority of clubs…a bargain! (AH)

Edinburgh City – Ã°Å¸Å’Å¸!
If you’re looking to watch former top-flight players plying their trade in the lower leagues, look no further than Edinburgh City, where Craig Beattie, Farid El Alagui, Josh Walker and Jesus Garcia Tena all play. City, the SPFL’s newest club, have had a slow start to the League 2 campaign, but with the experience offered by ex-Scotland internationalists like Beattie and Josh Walker – who scored for Aberdeen against Bayern Munich – they’ll hope to move clear of the relegation spot in 2018. (AH)

Inverness: Scottish football's most picturesque away day
There aren’t too many longer trips north for fans of Scottish clubs than the journey to the Tulloch Caledonian Stadium but, at the same time, there’s few more picturesque excursions either. While letting the train take the strain would be the preferred option for some, a drive up the A9 would surely be one of the more idyllic road trips Scotland could produce, with the opportunity to take in the Perthshire countryside, Blair Castle and the Cairngorm mountains to name but a few. However the game turns out, you’ll be glad you made the effort to attend. (SMcG)