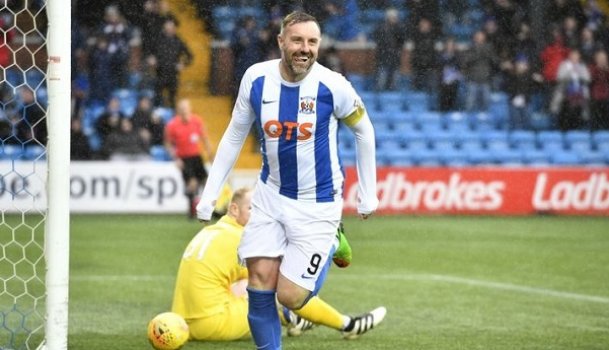 Resident statto @splstats looks at some of the key numbers from 2017/18, which saw titles won by Celtic, St Mirren, Ayr United and Montrose.

Resident statto @splstats looks at some of the key numbers from 2017/18, which saw titles won by Celtic, St Mirren, Ayr United and Montrose.

7 – Celtic made it a magnificent seven in the 2017/18 Ladbrokes Premiership, recording their seventh consecutive title. The Hoops’ current streak is the third-best of all time - the only two longer runs were the nine-in-a-row campaigns by Celtic from 1965/66-1973/74 and by Rangers from 1988/89-1996/97. During the season, Brendan Rodgers’ side extended their unbeaten league run to 56 matches before eventually coming unstuck in a 4-0 defeat at Tynecastle in December. Rodgers has already secured the Betfred Cup in addition to the Ladbrokes Premiership title and Celtic will have the chance to make history on Saturday if they beat Motherwell in the Scottish Cup final to record a second treble in a row.

2 – Aberdeen finished in second place in the Ladbrokes Premiership for the fourth consecutive season, sealing their spot with a victory away to champions Celtic on the final day. This is the first time the Dons have ever finished in the top two for four years in a row – even Sir Alex Ferguson only managed it three times running. The second-placed finish meant Derek McInnes and his side also qualified for Europe for a fifth consecutive season – prior to McInnes’ arrival they hadn’t managed two in a row for over 15 years.

18 – Kris Boyd finished the 2017/18 season as top scorer in the Ladbrokes Premiership, netting 18 goals for fifth-placed Kilmarnock. Boyd became the first ever Killie player to finish as top scorer in the top flight, although he did previously finish as top scorer in 2005/06 after spending the first half of the season at Rugby Park before joining Rangers. This is Boyd’s fifth time as top goalscorer in the Scottish top flight, drawing him level with Henrik Larsson, and just one behind record holder Robert Hamilton, who finished top scorer with Rangers on six occasions between 1897/98 and 1904/05. Boyd has now scored a total of 220 goals in the Scottish top flight, placing him 15th on the all-time list and fourth in the post-1945 charts.

5 – St Mirren won the 2017/18 Ladbrokes Championship title to secure their return to the top flight after three years in the second tier. PFA Scotland Manager of the Year Jack Ross led the Buddies to the second-tier title for the fifth time in their history, having miraculously saved them from relegation in the previous campaign. Saints keeper Craig Samson and his defence also made history this season, breaking a club record by keeping eight consecutive home clean sheets from December to April.

92 – Ayr United secured the 2017/18 Ladbrokes League 1 title after a dramatic title race with Raith Rovers. The Honest Men eventually finished the season a point ahead of Rovers after a topsy-turvy final few weeks of the season. Ian McCall led Ayr to their first league title in 21 years, and sealed an immediate return to the second tier. Ayr were the SPFL’s highest-scoring side – they netted 92 goals in the league and an incredible 124 in all competitions.

22 – Montrose were the 2017/18 Ladbrokes League 2 champions, beating off a persistent challenge from Peterhead to eventually secure the title on Helicopter Saturday. Stewart Petrie led the Gable Endies to just the second league title in the club’s 84 years in the Scottish Leagues. Montrose’s promotion to Ladbrokes League 1 means they will play outside the bottom tier for the first time in 22 years.