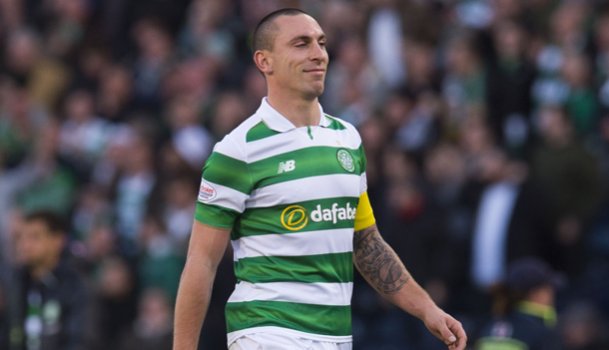 Craig Fowler of The Terrace Scottish Football Podcast&nbsp;selects his latest SPFL Team of the Week, with Celtic&rsquo;s skipper Scott Brown the star man.

GK - Matt Gilks (Rangers)
It's a rare occurrence for us to choose a goalkeeper from the losing side, but that's just how good Gilks' performance was at Hampden as Rangers narrowly lost to Celtic in the Betfred Cup semi-final. The scoreline would surely have been greater had the shot-stopper not pulled off a number of impressive stops.

DR - Darren McGregor (Hibernian)
We're shifting over the centre-half to right-back in order to shoehorn him into this side. For most of the Hibs squad, it was a real Jekyll and Hyde performance in the 3-1 win at Dunfermline. First half they were poor; second half they were great. McGregor was excellent throughout.

DC - Darren McCormack (Brechin City)
The centre-back came into the starting XI and put in an impressive performance as Brechin went back to the top of the League 1 table following Saturday's 3-1 come-from-behind win over Stenhousemuir. It was the 28-year-old's first start since late July. He's staked a strong case for a regular starting spot after Saturday.

DL - Ewan McNeil (Clyde)
Excellent performance from the defender, both in defence and midfield, as Clyde made the lengthy journey away to Brora Rangers and emerged victorious from the Scottish Cup encounter. McNeil was solid at left-back before being pushed forward to left midfield later in the game, where he delivered a cross for the second goal.

MC - Jamie Lindsay (Morton)
The midfielder showed terrific heart and fight to battle away in the centre of the park during Morton's Betfred Cup semi-final defeat to Aberdeen. Despite going into the game as heavy underdogs, and being outmanned in the middle against Aberdeen's 4-2-3-1, Morton began to control the midfield battle in the second half, thanks in large to the work put in by Lindsay and partner Andy Murdoch. Unfortunately, they couldn't stop a 2-0 defeat.

MC - Danny Swanson (St Johnstone)
Another exceptional performance from the technical-gifted midfielder as St Johnstone outlasted Dundee in the live game on Sunday afternoon. Swanson added to his already impressive goal and assist totals this season, grabbing one of each in the 2-1 victory.

MC - Scott Brown (Celtic)
Redemption. If you weren't already convinced the Celtic captain had returned to his best this season, then Sunday's match at Hampden would surely have confirmed it. Against the same opponent in Andy Halliday who'd caused Brown so much trouble in last season's Scottish Cup semi-final, the veteran showed he was still the midfield king in Scottish football. Brown was everywhere in the centre, giving Celtic a platform to build from and gain the victory. This week's star man.

FC - Moussa Dembele (Celtic)
In addition to scoring a delicious winning goal, where he flicked Leigh Griffiths’ cross through the legs of both Rob Kiernan and Matt Gilks, Dembele was a constant thorn in the Rangers side, particularly during a hectic second half where Celtic continuously charged at their opponents before eventually breaking through.

FC - Mark Stewart (Raith Rovers)
Two goals and a top all-round performance from the energetic striker, who refused to give the Falkirk defence a moment's peace in the 4-2 away win. His second strike was particularly crucial, coming very soon after Lee Miller had pulled the hosts to within a goal, and all but sealing the victory.

FC - Iain Russell (Airdrieonians)
A hat-trick of penalties! This rare football sighting occurred at the Excelsior Stadium on Saturday as Airdrie recorded a much needed 4-1 victory against Queen's Park. The experienced attacker netted two in the first half before completing his treble from the spot once more in the 74th minute.