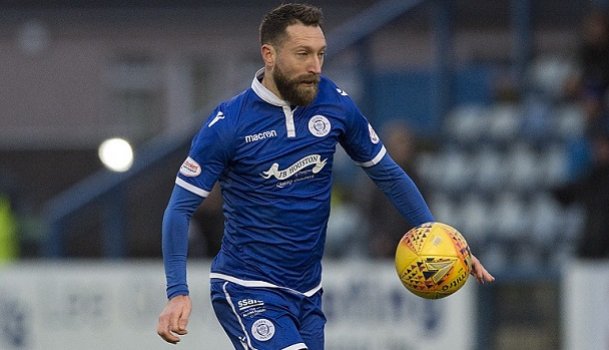 Craig Fowler selects his latest SPFL Team of the Week, with Queen of the South hat-trick hero Stephen Dobbie the star man.

Craig Fowler selects his latest SPFL Team of the Week, with Queen of the South hat-trick hero Stephen Dobbie the star man.

GK - Rohan Ferguson (Airdrieonians)
The young shot-stopper was able to secure his side a point in their first home match since the recent takeover, making an impressive save in the dying embers of their 0-0 draw with Arbroath.

DR - Tom Lang (Clyde)
The young full-back impressed as Clyde picked up consecutive victories to give themselves breathing space near the bottom of League 2. The ex-Rangers youngster was a threat going forward and handled his defensive responsibilities impeccably in Clyde's 1-0 win over title favourites Peterhead.

DC - Scott McKenna (Aberdeen)
There was some debate about whether he or Adam Rooney scored Aberdeen’s first goal in the 3-1 win over Kilmarnock but there was no doubt about the second as the highly-rated centre-back beat Jamie MacDonald with a 40-yard screamer at Pittodrie.

DC - Baily Cargill (Partick Thistle)
Though it was a blow to lose Jordan Turnbull in the January window, Thistle fans are quite enamoured with his replacement. Cargill was excellent in the Jags' 3-1 win at St Johnstone, a result which moves them level on points with 10th-placed Hamilton Accies.

DL - Jordan Allan (Elgin City)
The striker-turned-left-back once again shone for City as they beat Stenhousemuir 2-0 at Borough Briggs. His attacking instincts enable him to be a real menace down the wing.

DM - Stephen McGinn (St Mirren)
The experienced campaigner was at the heart of St Mirren's fine play as they impressed in front of the BT Sport cameras on Friday night. The 2-1 win at Dunfermline, coupled with Dundee United's loss against Morton, sees the Buddies go 11 points clear. Champions-elect? They might just be.

MC - Scott Tiffoney (Morton)
A star turn and a fine goal from the young midfielder as Morton claimed their first Tannadice victory for four decades, winning 3-0 to boost their play-off hopes.

MC - Angus Beith (Stranraer)
The on-loan Hearts midfielder continued his excellent recent scoring form, netting Stranraer's first and third goals in the 3-1 victory at Albion Rovers. The result moved the Blues into third place in the League 1 table despite the loss of some key players this month.

AM - Steven Thomson (Berwick Rangers)
The deep-lying attacker netted a beauty of a goal and laid another on a plate with a terrific cross as Berwick Rangers returned to winning ways with a 3-1 triumph at Cowdenbeath. The hosts, meanwhile, now sit nine points adrift at the bottom.

FC - Stephen Dobbie (Queen of the South)
Another star-man performance from the Doonhamers’ talisman, who netted all three goals in Saturday's 3-1 win over Brechin City. He could even have had a fourth, seeing his original hat-trick ‘goal’ disallowed before he completed it in the 73rd minute, which takes his tally to 14 in the Championship and 23 in all competitions.

FC - Chris Kane (St Johnstone)
St Johnstone lost to Partick Thistle on Saturday but progressed to the last 16 of the Scottish Cup on Monday night as Kane bagged a hat-trick in the 4-0 win over Albion Rovers at Cliftonhill.