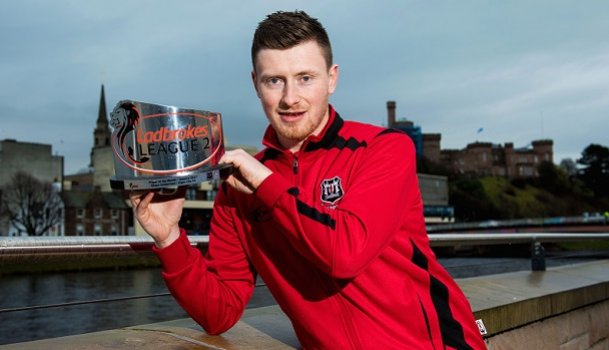 Sutherland named Player of the Month

Elgin City striker Shane Sutherland has been voted Ladbrokes League 2 Player of the Month for January.

Elgin City striker Shane Sutherland has been voted Ladbrokes League 2 Player of the Month for January.

The former Peterhead forward netted six times to take his tally for the season to 17 league goals as Jim Weir's men notched up three wins and a draw.

Elgin kicked off the month with a 2-2 draw against leaders Forfar then beat Montrose (3-0), Annan Athletic (3-2) and Edinburgh City (3-1) to strengthen their grip on third place.

Sutherland told Ladbrokes News: “I’m delighted. Awards like this are always welcome any time they come along. It’s nice to get noticed by the people out there watching the games and I think my form this season has been good so I’m pleased.

“I won this award in January last year when I was at Peterhead - I’m not sure why but I seem to play well after Christmas. Of course, the team has played well overall but I suppose to get six goals and three assists is pretty good going and I’ll be doing all I can to ensure it continues. “