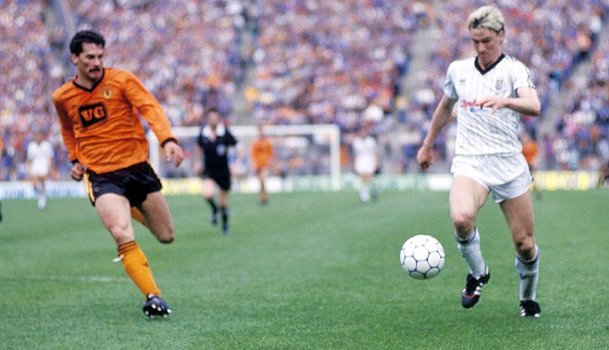 In this week&rsquo;s Talking Kit, Neil Sargent looks back at the 1987 Scottish Cup final between Dundee United and St Mirren, who contest the IRN-BRU Cup decider on Saturday.

In this week’s Talking Kit, Neil Sargent looks back at the 1987 Scottish Cup final between Dundee United and St Mirren, who contest the IRN-BRU Cup decider on Saturday.

On 16 May 1987, underdogs St Mirren and European high-flyers Dundee United took to the field at Hampden. It remains the last time the showpiece final was contested between 22 Scottish players, and the last time a team composed entirely of Scots lifted the famous old trophy.

The significance was probably lost on the 51,782 fans who packed into the National Stadium on the day. At the time, it was not a rare occurrence and the prospect of it being the last time would probably never have occurred to anybody.

In the previous 10 years alone, four finals had been contested by 22 Scottish players, while the most non-Scots to appear together in any final over the same period was just two, when Englishman Peter Latchford and Icelander Johannes Edvaldsson lined up for Celtic against Rangers in 1977.

For Dundee United, the match came right in the middle of the biggest tie in the club’s history – a two-legged UEFA Cup final against IFK Gothenburg. Ten days previously United had lost 1-0 in the Ullevi  Stadium, and just four days after the game with St Mirren they would play the Swedes again in the second leg at Tannadice.

For manager Jim McLean, though, the prospect of winning a Scottish Cup was given added significance by the fact he was yet to lift the trophy as a manager, losing three previous finals to Celtic (twice) and Rangers.

After finishing third in the Premier Division, Dundee United were the clear favourites, but St Mirren were not to be taken lightly. The Buddies had been promoted to the Premier Division as champions 10 years previously and had since enjoyed one of the best spells in their history, finishing inside the top five on five occasions and securing their best-ever league finish, third in 1980. Ahead of the final they had secured seventh spot, ensuring an 11th consecutive top-flight campaign the following season.

Their midfield contained 17-year old Paul Lambert, who would go on to captain Celtic and Scotland, and win the Champions League with Borussia Dortmund, while other familiar names included club legend Tony Fitzpatrick who started on the bench, future Rangers manager Kenny McDowall, and future Scotland international midfielder Ian Ferguson.

St Mirren’s kit that season was a break from the norm. Manufactured by Adidas and sponsored by Graham’s Buses, their traditional black stripes were dropped and replaced by silver ones. Graham’s Buses were also dropped for the cup final, being replaced as shirt sponsor by Clydeside Scottish.

Dundee United’s kit hadn’t changed since 1984 and, apart from the occasional change of sponsorship, it would remain unchanged until 1989. It was also manufactured by Adidas, bearing their trademark stripes on the sleeves just like St Mirren’s, and sponsored by VG Stores – a company managed by future United chairman Eddie Thompson.

The SFA had scrapped replays for Scottish Cup Finals in 1980 and, since then, three of the five finals had gone to extra time. The 1987 event was no different, as neither team could find the net in the 90 minutes. The Tangerines had the best chance but Iain Ferguson’s goal was harshly ruled out for offside with strike partner Kevin Gallacher lying prostrate on the goal line, not interfering with play. By today’s interpretation of the rules the goal would have stood but in 1987 there was no distinction and the linesman’s flag denied United.

And so it went to extra time, and the scene was set for one St Mirren’s finest hours. Five minutes into the second period, Ian Ferguson outpaced the United backline and fired a left-foot strike past Billy Thomson to bring the cup back to Paisley for the first time since 1959.

United subsequently lost the UEFA Cup final in heartbreaking fashion, drawing 1-1 at Tannadice to lose 2-1 overall. McLean would go on to lose another two Scottish Cup finals before retiring as United manager, taking his total of runners-up medals to six.

For St Mirren, though, the victory was the highlight of a golden period in the club’s history, and one which has rarely been matched since.