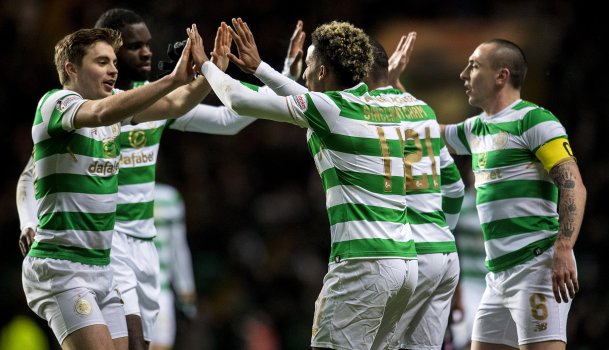 Olivier Ntcham’s opening goal was cancelled out by Danny Redmond but James Forrest and Scott Sinclair both struck shortly before half-time.

Rangers made it four Premiership victories in a row as they came from behind to beat Hibernian 2-1 at Easter Road with goals from Josh Windass and Alfredo Morelos after Lewis Stevenson had opened the scoring.

Aberdeen ran out 3-0 winners against St Johnstone at McDiarmid Park thanks to goals from Adam Rooney, Kari Arnason and Ryan Christie.

Bottom club Partick Thistle earned a vital 3-2 home win over Motherwell - the Jags went 3-0 up through Blair Spittal, Ryan Edwards and Conor Sammon before Ryan Bowman and Craig Tanner reduced the deficit in the second half.