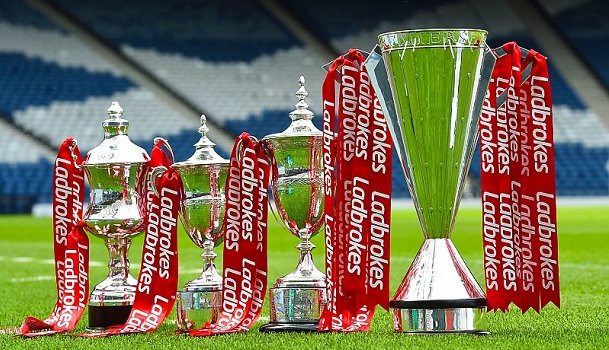 There&#39;s another big weekend of football coming up across all four divisions of the SPFL - here are four games to look out for&hellip;

Aberdeen v Celtic - Ladbrokes Premiership
It's a Sunday showdown at Pittodrie as third-placed Aberdeen face leaders Celtic in front of the Sky Sports cameras, kick-off 1.30pm. The Dons are nine points off the pace after losing to Hibernian last week but had won three on the bounce in the Premiership prior to that. Celtic were held 0-0 by St Johnstone on Sunday but have an excellent recent record against the Dons, including a 3-0 win at Pittodrie in October.

Queen of the South v Dunfermline Athletic - Ladbrokes Championship
The biggest Championship game of the weekend sees Livingston host Dundee United on Friday night but this is the pick of the Saturday fixtures. The sides are locked together on 34 points, four behind Morton in the race for the play-offs, as they prepare to meet at Palmerston. It was 0-0 in Dumfries in October but a Stephen Dobbie-inspired QOS thumped the Pars 5-2 at East End Park in December.

Raith Rovers v Arbroath - Ladbrokes League 1
Raith have a six-point lead at the summit but have played a game more than closest challengers Ayr United, who host Airdrie. Barry Smith's Rovers have been outstanding at home this season, with 12 wins a draw, but will be tested by Dick Campbell's side. The Red Lichties are third in the table and notched up their seventh away success of 2017/18 by beating Stranraer 4-1 in midweek.

Stirling Albion v Clyde - Ladbrokes League 2
The SPFL’s two in-form sides meet at Forthbank. Clyde have won five games on the trot as their revival under Danny Lennon gathers pace while Stirling have recovered from a poor run to climb back up to third place on the back of four successive victories. The Bully Wee won 3-2 at Forthbank in September and it finished 1-1 at Broadwood in November.