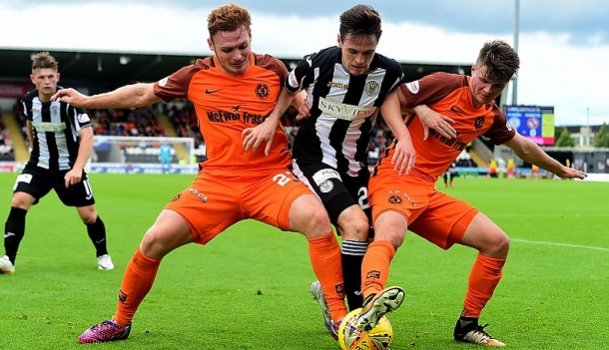 There&#39;s another big weekend of football coming up across the SPFL - here are four games to look out for on Saturday.

There's another big weekend of football coming up across the SPFL - here are four games to look out for on Saturday.

St Johnstone v Celtic - Ladbrokes Premiership
Celtic are on the brink of a new British record, having gone 62 games without defeat since losing at McDiarmid Park in May 2016. Brendan Rodgers' side are a point clear of Aberdeen at the top of the Ladbrokes Premiership and have a 100% away record this term. Saints have lost just once at home but have failed to score in their last five outings. Saturday’s game is live on Sky Sports, kick-off 12.30pm.

Dundee United v St Mirren - Ladbrokes Championship
St Mirren have a two-point advantage over Livingston at the top of the table, with Dundee United three points back in fourth spot. Saints are on a run of five games without defeat but have drawn their last two, most recently 2-2 with Morton. United, who are still looking for a new manager, recovered from two recent defeats to beat Dumbarton last weekend.

Raith Rovers v East Fife - Ladbrokes League 1
Raith Rovers were held to a 1-1 draw at bottom club Forfar last week, allowing Ayr United to move level on points at the top of the table although the Kirkcaldy club have a game in hand. East Fife are up to third place following a 3-1 victory over Arbroath at Bayview but Barry Smith’s side have a 100% record at Stark’s Park this season.

Elgin City v Peterhead - Ladbrokes League 2
Gavin Price has made a perfect start to management at Borough Briggs, with two wins out of two moving Elgin City to within a point of the play-offs. They will go above the Blue Toon with another victory on Saturday but Jim McInally’s men, who were the pre-season favourites for the title, have won four out of five on their travels in League 2.