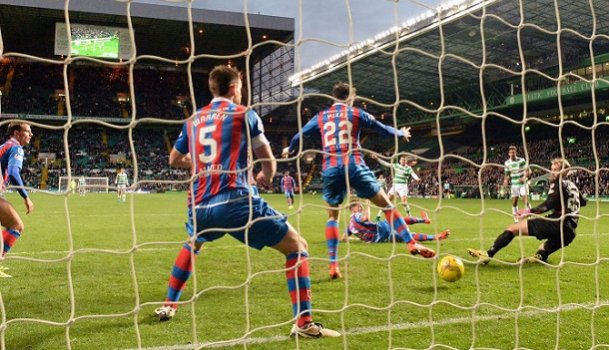 @splstats looks at some of the numbers behind the weekend games, with the focus on Celtic, Rangers, Dumbarton, Brechin City and Edinburgh City.

@splstats looks at some of the numbers behind the weekend games, with the focus on Celtic, Rangers, Dumbarton, Brechin City and Edinburgh City.

7 Celtic moved 10 points clear at the summit of the Ladbrokes Premiership after defeating Inverness Caledonian Thistle 3-0 at Celtic Park. The Bhoys have now recorded seven consecutive home victories against the Caley Jags, racking up a 27-2 aggregate scoreline in the process. Celtic remain unbeaten at Parkhead in the Premiership in 2016 – they have picked up 13 wins and two draws in 15 matches this calendar year.

38 Ross County are at the foot of the Ladbrokes Premiership table despite a 1-1 draw with Rangers at the Global Energy Stadium. The Gers opened the scoring through 38 year-old defender Clint Hill, who became the oldest player to score a top-flight goal since Lee Bullen netted in Falkirk’s 2-0 win over Hamilton Accies in November 2009. Current Rangers assistant manager David Weir was the last Gers player to find the net at the age of 38, when he opened the scoring in a 4-0 victory over Kilmarnock in November 2008.

1 Dumbarton climbed out of the Ladbrokes Championship relegation zone after defeating St Mirren 1-0 at the Paisley 2021 Stadium to record their first away win of 2016. The Sons had not tasted victory on the road since they defeated Alloa Athletic 2-0 in December last year – they had five draws and 14 defeats in 19 matches since then. Dumbarton have only won three away league matches since Ian Murray departed the club in the summer of 2015, and two of those victories have been against Saints.

3 Brechin City remain in second place in Ladbrokes League 1 after defeating Peterhead 3-1 at Balmoor on Saturday. Ross Caldwell was the hero, netting his first career hat-trick to guide his side to a third consecutive away win. The former Hibs striker took his tally to six goals for the season, which matches his tally for the whole of 2015/16. Caldwell’s treble was Brechin’s first away hat-trick since a 3-1 win over Stenhousemuir in April 2011 – the City hat-trick hero that day was Rory McAllister, who scored Peterhead’s consolation goal this time round.

1 Edinburgh City finally recorded their first victory in Ladbrokes League 2 after defeating Montrose 1-0 at Links Park. Their success came courtesy of a Dougie Gair penalty, just as it had done in their promotion play-off victory against East Stirlingshire last season.  Saturday’s success sees Gary Jardine’s side move to within two points of Montrose and Cowdenbeath at the foot of the table. City made a shaky start to the season, losing their first nine matches in all competitions, but they have lost just three in 10 since then, and haven’t lost any of their last four.