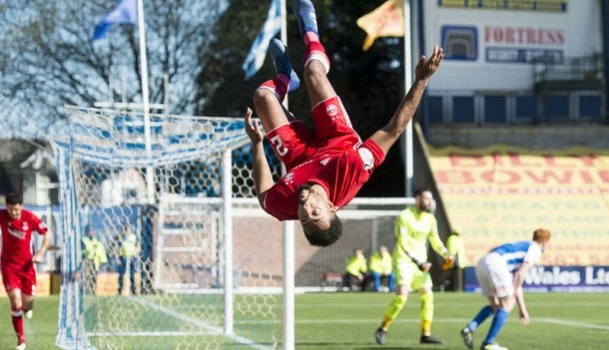 Resident statto @splstats looks at some of the numbers behind the weekend games across all four divisions of the SPFL&hellip;

20 – Aberdeen boosted their hopes of a second-place place finish in the Ladbrokes Premiership thanks to a 2-0 victory over Kilmarnock at Rugby Park. The Dons are now unbeaten in 20 matches against Killie in all competitions; they have picked up 16 wins and four draws against the Ayrshire side in this period. Their last defeat was a 2-0 reverse at Pittodrie in December 2012 when Craig Brown was manager. This was Killie’s third league defeat since the end of October – amazingly all three were against Aberdeen, and the Dons also put them out of the Scottish Cup on penalties in the same period.

6 – Hibernian also kept up their hopes of finishing second in the Ladbrokes Premiership after beating Celtic 2-1 at Easter Road on Saturday. Neil Lennon’s side are just three points behind Rangers and Aberdeen after extending their unbeaten league run to 10 matches. Saturday marked their sixth consecutive Premiership victory at Easter Road, which is their best run of home league wins since Alex McLeish’s side won seven on the bounce from April-October 2000. That run was ended by a 1-1 draw with Kilmarnock – the Ayrshire side are the next visitors to Easter Road on Saturday.

2 – Livingston defeated Brechin City 3-0 at the Tony Macaroni Arena to secure second spot in the Ladbrokes Championship and a place in the Premiership play-off semi-final. The Lions have recorded the highest finish for a newly-promoted side in the second tier since Gretna secured back-to-back titles in 2006/07. David Hopkin’s side are currently unbeaten in eight home league matches and have lost only two league games at the Tony Macaroni Arena all season. Livi are now potentially just four matches away from returning to the top flight for the first time since 2005/06.

1 – Raith Rovers returned to the summit of Ladbrokes League 1 after a dramatic weekend of action. Rovers defeated Stranraer 3-0 at Stair Park on Saturday, then saw title rivals Ayr United, who finish at home to Albion Rovers, lose 2-1 to Alloa at the Indodrill Stadium in Sunday’s live BBC ALBA fixture. Rovers now know that a victory over Alloa at Stark’s Park on Saturday will secure an immediate return to the Ladbrokes Championship. Barry Smith’s side have picked up five wins and a draw in their last six matches and have kept four clean sheets in the process.

22 – Montrose beat Stenhousemuir 2-0 at Ochilview to move a step closer to the Ladbrokes League 2 title. The Gable Endies have been in the bottom tier for 22 consecutive seasons but any sort of positive result would see them seal promotion. The Gable Endies are three points clear of Peterhead and need just a point at home to Elgin City to secure the second league title in the club’s history. Stewart Petrie’s side have won five league matches in a row – the last time they did so Oasis had just secured their first UK No 1 with ‘Some Might Say’ back in April-May 1995.