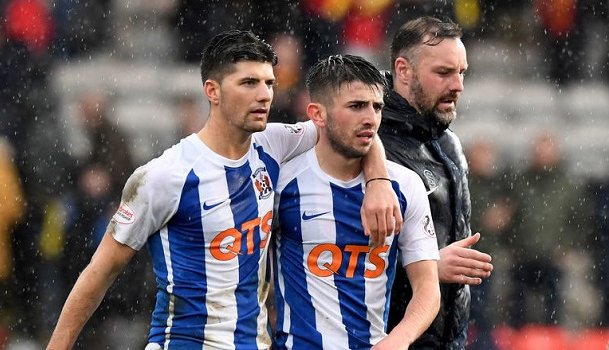 5 – Kilmarnock defeated Partick Thistle 1-0 at The Energy Check Stadium at Firhill to extend their unbeaten run there to 11 matches, since Alex Burns hit a hat-trick in a 3-0 win for the Jags back in November 2002. Killie have now won five consecutive league matches for the first time since October to November 1992, when they were in the second tier. It’s the first time in over 50 years that the Ayrshire side have won five in a row in the top flight – they last managed it back in February to March 1967. Steve Clarke’s side are unbeaten in their last 10 league matches – this is their best run since March to September 1982, when Steve’s brother Paul was part of the Killie team.

14 – Heart of Midlothian continued their impressive home form by defeating Aberdeen 2-0 in the Ladbrokes Premiership on Saturday. The Jam Tarts have not lost at Tynecastle Park since the stadium reopened back in November – their last home defeat came against Kilmarnock at Murrayfield. Their current home unbeaten run is 14 matches in all competitions, which is their best since Craig Levein’s previous spell in charge, when they strung together 17 games unbeaten between February and October 2004.

13 – St Mirren all but sealed the Ladbrokes Championship title thanks to a 1-0 victory over Brechin City at Glebe Park. Saints are now 12 points clear of Livingston and require just one more point from their five remaining matches to make sure of their return to the Premiership after three years in the second tier. Saints have run away with the league in the second half of the season – they have picked up 13 wins in their last 16 league matches, losing just once. Craig Samson has kept 13 clean sheets in the Championship this season, and nine of them have come in the last 15 matches.

5 – Ayr United beat Airdrieonians 2-1 at the Excelsior Stadium to go five points clear at the summit of Ladbrokes League 1 and move to within touching distance of an immediate return to the Ladbrokes Championship. Exactly two months ago, Ayr were five points behind Raith Rovers but since then they have picked up eight wins and a draw in nine matches to turn the tables and build a five-point lead with just three games remaining. Lawrence Shankland’s winner on Saturday was Ayr’s 88th league goal of the season – the next highest scorers in the SPFL are Peterhead with 75.