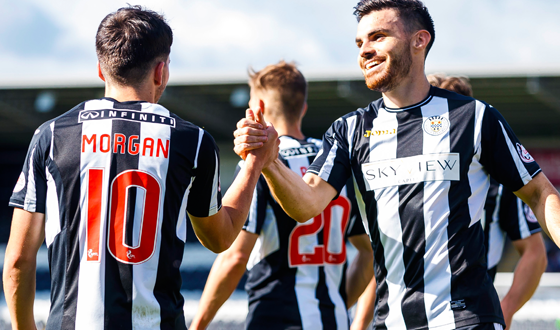 Resident statto SPLstats&nbsp;takes a look back at some of the key facts and figures from an action-packed weekend in the SPFL.

Resident statto SPLstats takes a look back at some of the key facts and figures from an action-packed weekend in the SPFL.

54 – Celtic moved back to the top of the Ladbrokes Premiership after beating Hamilton Accies 4-1 at the SuperSeal Stadium on Friday night. The Hoops extended their domestic unbeaten streak to 54 matches, a run which consists of 49 wins and five draws. They are now unbeaten in 44 league matches, and are closing in on the Scottish record of 62 matches, set by the Hoops between 1915 and 1917. Scott Sinclair notched a double in Friday’s victory to take his tally to eight goals in 10 matches this season.

3 – Motherwell recorded a 2-0 victory over Kilmarnock at Fir Park to move up to fifth in the Ladbrokes Premiership table. The Steelmen have now won three consecutive league matches for the first time since February-April 2016. Stephen Robinson’s side have made an impressive start to the season, picking up eight victories in 10 matches in all competitions. Motherwell have had the upper hand against Killie in recent years – they have picked up eight wins and a draw in their last 10 matches against the Ayrshire side, with the only defeat coming back in February 2016.

5 – St Mirren moved to the top of the Ladbrokes Championship after an exciting 4-2 victory over Inverness Caledonian Thistle at the Paisley 2021 Stadium. The Buddies have won their last five matches in all competitions – “I Bet You Look Good on the Dancefloor” by Arctic Monkeys was at UK number 1 the last time they managed that, back in October and November 2005. Jack Ross’ side have carried on where they left off at the tail end of last season – Saints have lost just two of their last 15 Championship matches, and are unbeaten in Paisley since January.

10 – Raith Rovers came from behind to beat Ayr United 2-1 at Stark’s Park and extend their lead at the top of the League 1 table to four points. Rovers have won six consecutive matches in all competitions, which is their best run since April-August 2012. Including the end of last season, Rovers are unbeaten in nine league matches at Stark’s Park – their last defeat came against Morton back in February. The undoubted star performer for Barry Smith’s side has been 21-year-old forward Lewis Vaughan, who has now scored in 10 consecutive matches, a run which started against Dundee on July 18.

20 – Clyde defeated Stirling Albion 3-2 at Forthbank to end the Binos’ 100% start to the League 2 season. Saturday’s success was the Bully Wee’s first away victory in 20 attempts, ending an 11-month winless streak on the road. Clyde’s previous away win came against Brora Rangers in the Scottish Cup back in October. Jim Chapman’s side have been involved in a number of high-scoring matches this season – their 10 matches have featured 42 goals in total, with the Bully Wee scoring 18 and conceding 24.