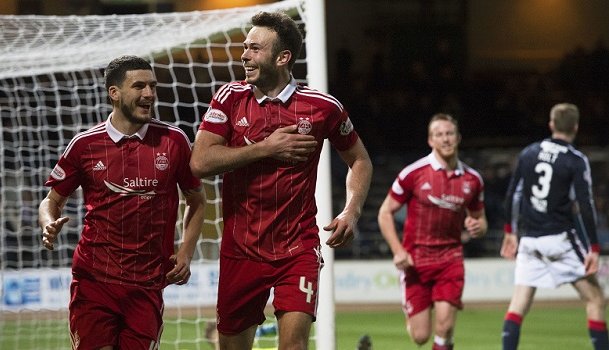 6 – Celtic secured a sixth consecutive Ladbrokes Premiership title after thumping Hearts 5-0 at Tynecastle on Sunday. This is just the fourth time a team has recorded six or more league titles in a row – Celtic won six in a row between 1904/05 and 1909/10 and nine in a row between 1966/67 and 1973/74, while Rangers managed nine titles in a row between 1988/89 and 1996/97. The Hoops won this season’s title with eight of their 38 matches remaining, equalling the record set by Rangers back in 1928/29. Brendan Rodgers and his side still have 21.1% of the season left to play, which sees them third equal in terms of the most dominant title win, behind only the Rangers sides of 1898/99 and 1899/00, both of whom wrapped up the title with four of their 18 fixtures remaining. The Hoops are still unbeaten domestically this season, a run which now stretches to 37 matches in all competitions.  Sunday’s win was the biggest away league win by any side at Tynecastle since Hibernian thumped Hearts 7-0 on New Year’s Day 1973.

7 – Aberdeen moved 10 points clear in the race for second place in the Ladbrokes Premiership after thumping Dundee 7-0 at Dens Park on Friday night. “Wannabe” by the Spice Girls was UK No 1 the last time the Dons scored seven goals away from home – that was a 7-3 League Cup victory over Morton at Cappielow in September 1996. The last time they scored seven away from home in the league was a 7-0 victory over Partick Thistle at Firhill in November 1992. Andrew Considine was an incredibly unlikely hat-trick hero on Friday night, netting what was unsurprisingly the first treble of his 13-year career. Considine became the fifth Aberdeen player since 2000 to score a hat-trick away from home in the league and amazingly all five have come in the city of Dundee. Robbie Winters scored all three goals in a 3-0 win at Tannadice in 2000, Hicham Zerouali netted a treble in a 4-1 win at Dens Park in 2001, Niall McGinn got a hat-trick in a 3-1 win at Dens in 2012 and Scott Vernon scored three times in a 3-1 win at Tannadice in 2014.

100 – Partick Thistle moved a step closer to securing a top-six spot in the Ladbrokes Premiership after coming from behind to beat Ross County 2-1 at Firhill on Saturday. Kris Doolan was the hero, netting his 100th and 101st goals for Thistle to become the first Jag to reach a century of goals in national competitions since George Smith reached that tally in 1962/63. Doolan joined Thistle from Auchinleck Talbot in 2009 and scored his first goal for the club in a 2-2 draw with Queen of the South in January 2009.  Thistle were promoted to the top flight in 2013 and Doolan has handled the step up with ease, scoring 45 Premiership goals in less than four seasons among the elite.

6 – St Mirren continued their push for Ladbrokes Championship safety by thumping Ayr United 6-2 at the Paisley 2021 Stadium.  The Buddies had picked up just 13 points by the start of February but since then have lost just one of their eight league fixtures.  Jack Ross’ side now find themselves just a point behind Ayr and three behind Raith Rovers with a game in hand over both.  Saturday’s success was St Mirren’s third league win in a row – the last time they managed this was back in December 2008. The last time the Buddies scored six or more goals in a league match was in March 2000, when Barry Lavety scored a hat-trick as they thumped Clydebank 8-0 at Love Street.

4 – Livingston need only a point against second-placed Alloa on Saturday to clinch the League 1 title after beating Brechin City 2-0 at Glebe Park.  David Hopkin’s side moved to the top of the table with a 3-0 victory on their previous visit to Glebe Park back in October and have stayed there ever since.  The Lions have lost just one league fixture in 2017 and Saturday’s success was their fourth straight victory.  Livi completed a season clean sweep against Airdrie last week, and have now done the same against Brechin, winning four matches out of four against City.

12 – Arbroath defeated Annan Athletic 5-2 at Galabank to remain within a point of Forfar Athletic at the top of League 2. Dick Campbell’s side are unbeaten in 12 away league matches – their only loss on the road this season came against Clyde way back in September.  The Red Lichties became the first visiting team to score five goals in a league match at Galabank since Annan were elected to the SFL in 2008, although Stirling Albion did so in a play-off in May 2014. Steven Doris netted a hat-trick on Saturday to take his tally of league goals into double fixtures for the first time since 2012/13. Doris is the first Red Lichties player to score a hat-trick away from home since Simon Murray netted three in a 5-1 win over East Fife in December 2014 – this was also the last time Arbroath scored five away from home.