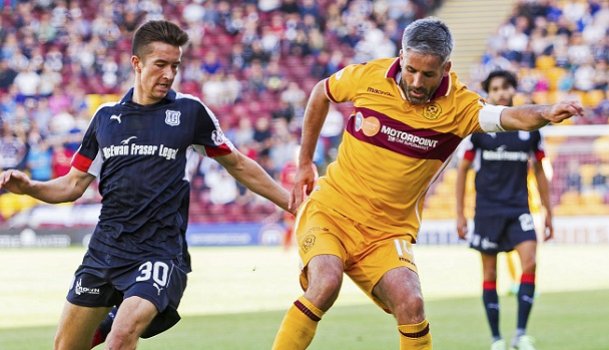 Celtic, Hibernian, Livingston and Forfar Athletic lead their respective divisions going into the weekend - here are a few facts and figures&hellip;

Celtic, Hibernian, Livingston and Forfar Athletic lead their respective divisions going into the weekend - here are a few facts and figures…

5 Five clubs are yet to suffer a league defeat at home this season – Celtic and Rangers in the Ladbrokes Premiership, Dundee United and Morton in the Championship, and Arbroath in League 2. There are also five teams still without an away victory – Hamilton Accies, Dunfermline Athletic, Dumbarton, St Mirren and Edinburgh City.

4 It's incredibly tight in the lower half of the Ladbrokes Premiership, with only four points covering the six clubs from Partick Thistle down to bottom club Dundee. The Dark Blues are the only top-flight team yet to win at home in the league this season and they will look to put that right against Motherwell at Dens Park on Saturday.

4 Morton moved into the top four in the Ladbrokes Championship in midweek by beating bottom club St Mirren 3-1 in the Renfrewshire derby at Cappielow. In the process they leapfrogged Falkirk and Jim Duffy's men are going for a fifth straight win when they travel to play his former club at the Falkirk Stadium.

42 Livingston’s 11 matches in Ladbrokes League 1 have produced a total of 42 goals (28 for and 14 against) which is the most of any SPFL club at this stage. David Hopkin’s side knocked Brechin City off top spot last weekend and welcome East Fife to the Tony Macaroni Arena on Saturday.

1 Elgin City have narrowed the gap at the top of Ladbrokes League 2 to just a single point after winning their last three matches. In the same period, leaders Forfar Athletic, who started with seven straight wins, have picked just one point from a possible nine. Elgin face Clyde at Broadwood on Saturday while Forfar travel to Stirling Albion.