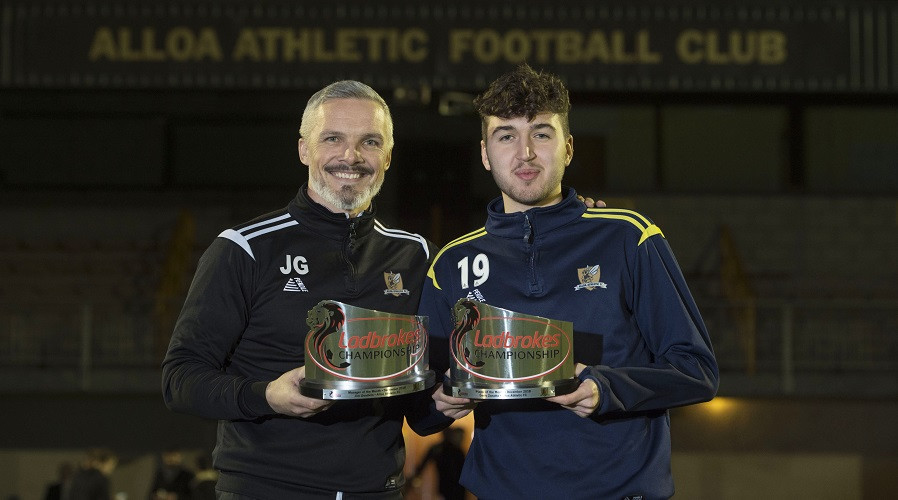 Alloa Athletic have been rewarded for their fine form with a Ladbrokes Championship awards double.

Wasps boss Jim Goodwin was named Manager of the Month for December and on-loan Hearts forward Dario Zanatta was voted Player of the Month.

Alloa beat Queen of the South (2-0) and Dundee United (2-1) at the Indodrill Stadium and drew 2-2 away to both Partick Thistle and Falkirk. Zanatta, 21, scored in three consecutive matches and the team’s only defeat was 1-0 to leaders Ross County at the beginning of the month.

Goodwin's side are the only part-time club in the Championship and are four points clear of the relegation zone going into today's home game against Morton.