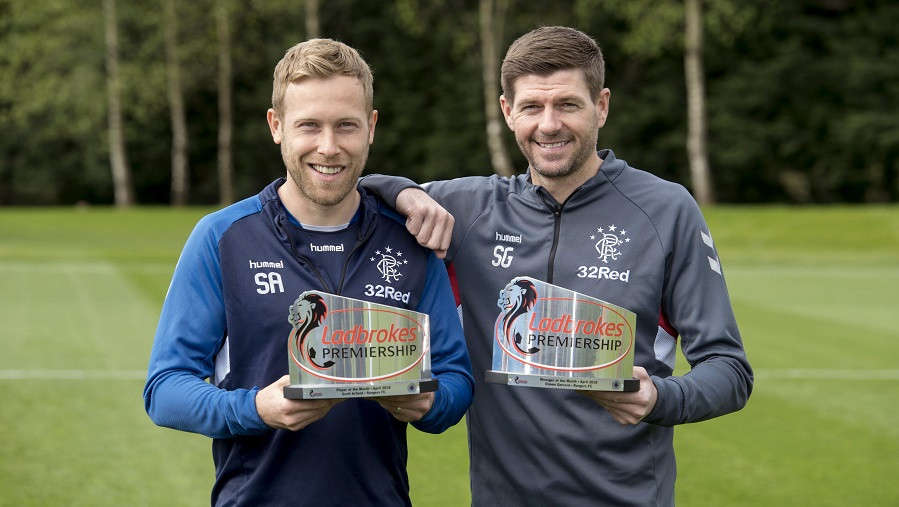 Rangers have earned a Ladbrokes Premiership awards double after winning all four games in April.

The Ibrox side are looking to continue their good run when they play Hibernian at Ibrox on Sunday, live on Sky Sports with a 3.30pm kick-off.