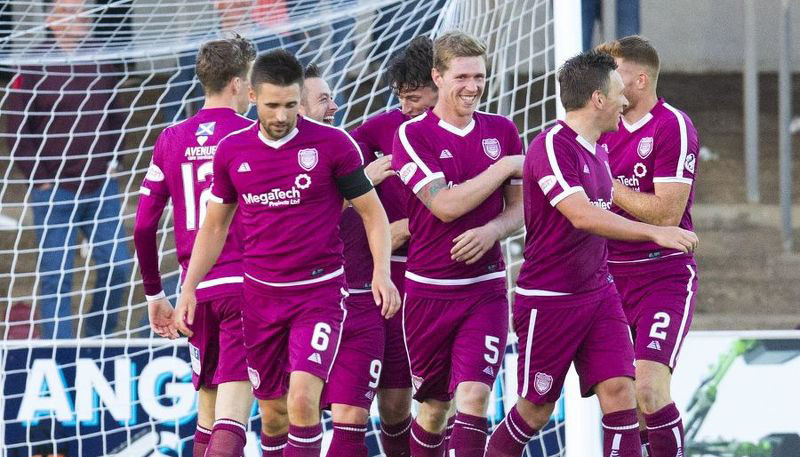 Arbroath caused an upset in the Betfred Cup on Wednesday night when they beat Ross County 4-1 at Gayfield in Group A.

Michael McKenna grabbed a double for the Red Lichties, who join leaders Alloa on the eight-point mark but have now completed their fixtures.

Dale Hilson netted the clincher as Forfar Athletic beat Angus rivals Montrose 3-1 at Station Park in Group B, which is led by St Johnstone.

Dunfermline Athletic are in a strong position in Group D after thumping Brechin City 7-1 at Glebe Park. Faissal El Bakhtaoui and Andy Ryan both scored doubles for Allan Johnston's side. Dundee remain in contention after beating Peterhead 2-0 at Balmoor.