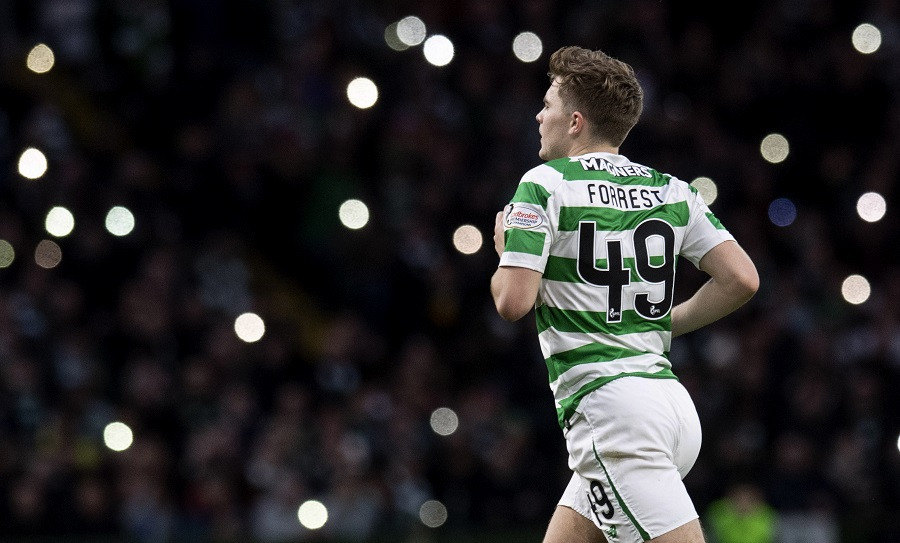 Craig Fowler looks at some of the players who could decide Sunday's Betfred Cup final between Celtic and Aberdeen...

James Forrest (Celtic)
The man of the moment for Celtic and Scotland. Forrest has matured over the last couple of years from a speedy, chalk-on-the-boots winger to a devastating attacker capable of going both inside and out, and is now more likely to find himself on the end of deliveries rather than making them. No player should be going into this game with as much confidence as him and it will be interesting to see how Aberdeen try to stop him. Do they go with Andrew Considine's physical strength and experience, or do they use the pacier Max Lowe to try and keep tabs on Forrest?

Joe Lewis (Aberdeen)
Celtic's form over the last couple of months in Scottish football (P9 W8 D1 L0) would indicate they're going to have a lot of opportunities around the Aberdeen penalty box. While it's up to the defence to limit the amount of clear-cut chances Brendan Rodgers' men create, they're still going to break through at some point. When they do, Lewis is going to have to pull off some acrobatics to keep his side in the match.

Odsonne Edouard (Celtic)
Skill, power, speed, ruthless finishing. In Scottish football terms, Edouard is the complete package. If he's in top form on Sunday, it doesn't really matter how well Scott McKenna and Michael Devlin (if fit) play in the centre of defence for Aberdeen, they might still struggle to keep the 20-year-old under wraps if Edouard arrives with his A-game. If he's subdued then the underdogs stand a chance.

Gary Mackay-Steven (Aberdeen)
If Aberdeen are under pressure for long spells, as they're likely to be, then they'll need someone to create something from nothing. That could be former Celtic playmaker Niall McGinn, though the most consistent attacker in the Aberdeen squad over the last 12 months has been Mackay-Steven. The winger has pace, explosiveness and can find the net when presented with the opportunity. Brendan Rodgers' side will have to honour his threat on the counter attack.

Callum McGregor (Celtic)
Whether he plays at the base of the midfield, pushed further forward as an attacking midfielder, or stationed out on the left, McGregor has emerged as a hugely influential player for Brendan Rodgers' side. The return of Scott Brown from injury could see him moved out of the position he's excelled in recently - the deep-lying playmaker in front of the defence - but his passing, dynamism, tactical discipline and scoring threat still make him a dangerous weapon regardless of where he starts.

Stevie May (Aberdeen)
Is it strange to pick a striker who's scored six goals in 48 games since moving to Aberdeen? Perhaps. But even though he's severely lacking confidence in front of goal, Aberdeen still look at their best when May is able to effectively lead the line. Without a clear first-choice striker in the squad, Derek McInnes tends to rotate May with target man Sam Cosgrove and Manchester United loanee James Wilson. May doesn't have the scoring touch of Wilson, but his movement around the final third and eagerness to work are all positives for the team. In order to beat Celtic, Aberdeen will need someone in attack who can take the pressure off the defence and link well with team-mates.