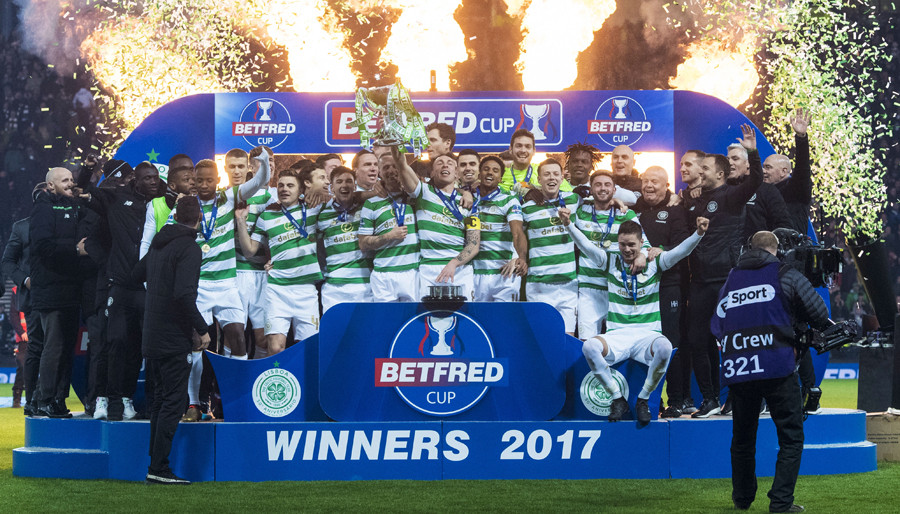 Celtic are aiming to win the Betfred Cup for the third year in a row...

Brendan Rodgers has claimed all six domestic trophies since taking over in the summer of 2016, with the Hoops beating Aberdeen and Motherwell in the last two Betfred finals.

No team has won three on the trot in this competition since Rangers achieved the feat under Graeme Souness between 1986 and 1988.