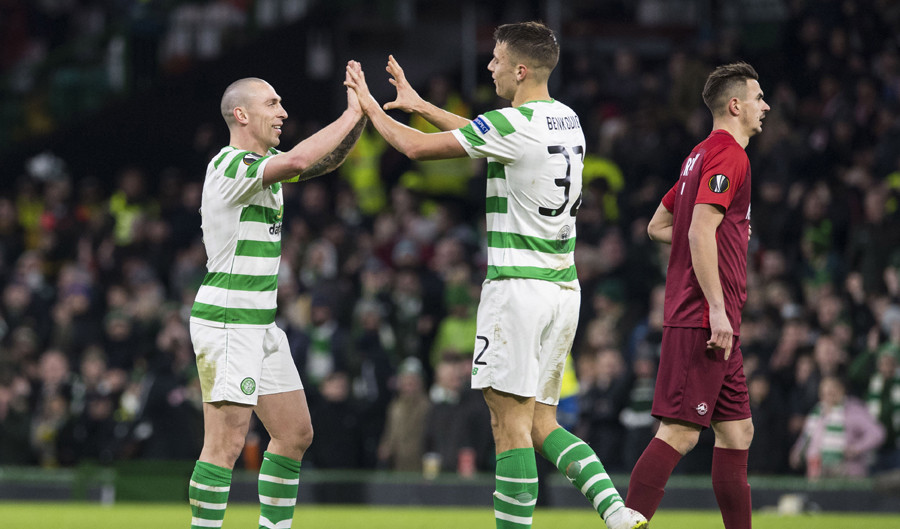 Celtic are through to the last 32 of the Europa League despite losing 2-1 at home to Group B winners Salzburg...

Olivier Ntcham scored from a penalty rebound in stoppage time after the Austrian champions had built up a two-goal advantage in Glasgow.

Celtic had looked to be heading out but a late equaliser from Rosenborg to draw 1-1 with RB Leipzig in Germany saw Brendan Rodgers’ team leapfrog the Bundesliga side. Celtic can now look forward to the draw on Monday lunchtime, with ties to be played on February 14/21.

Earlier in the evening, Rangers saw their knock-out hopes ended by a 1-0 defeat to Rapid Vienna. Steven Gerrard's men needed a win to progress and struck the woodwork before going down to a late goal as Villarreal and Rapid went through from Group G.