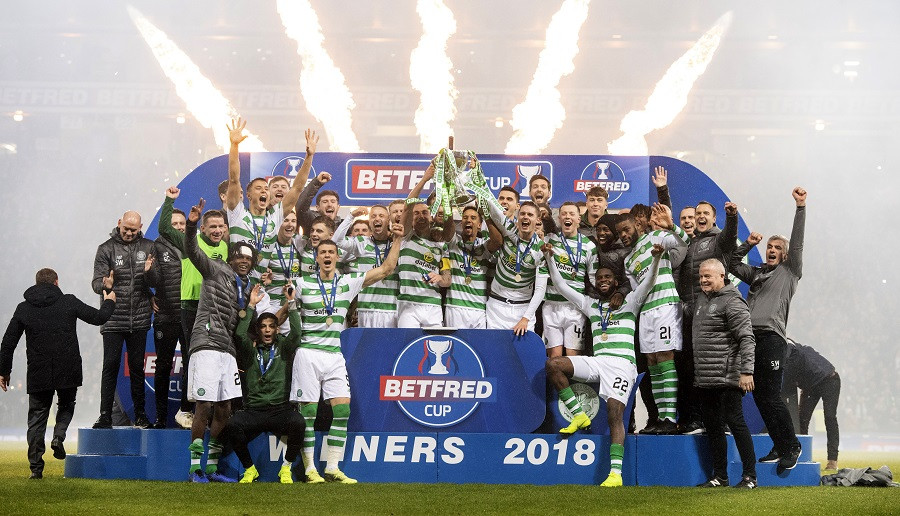 Celtic beat Aberdeen 1-0 at Hampden Park on Sunday afternoon to win the Betfred Cup for the third year in a row...

Ryan Christie scored the only goal in first-half stoppage time, which had been added on following a bad injury to Gary Mackay-Steven.

Joe Lewis brilliantly saved a Scott Sinclair penalty early in the second half while Aberdeen were denied by the crossbar at the other end as one goal proved enough for Celtic, who have now won all seven domestic trophies since Brendan Rodgers took over in the summer of 2016.

It was their 18th League Cup triumph overall and they became the first team since Rangers between 1986-88 to win this competition three years running.