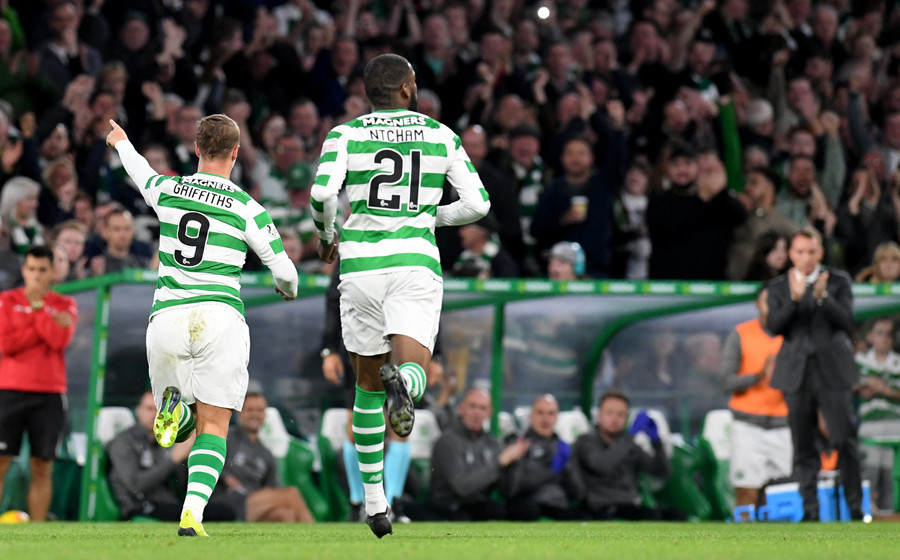 Celtic booked their place in Friday's draw for the group stage of the Europa League with a 3-0 win over Suduva on Thursday night.

Leigh Griffiths broke the deadlock with a first-half free-kick to claim his 100th goal for the Hoops then Callum McGregor and Kristoffer Ajer struck in the second half to complete a 4-1 aggregate success for Brendan Rodgers' side.

Celtic join rivals Rangers - who they face at Parkhead on Sunday - in the group stage.