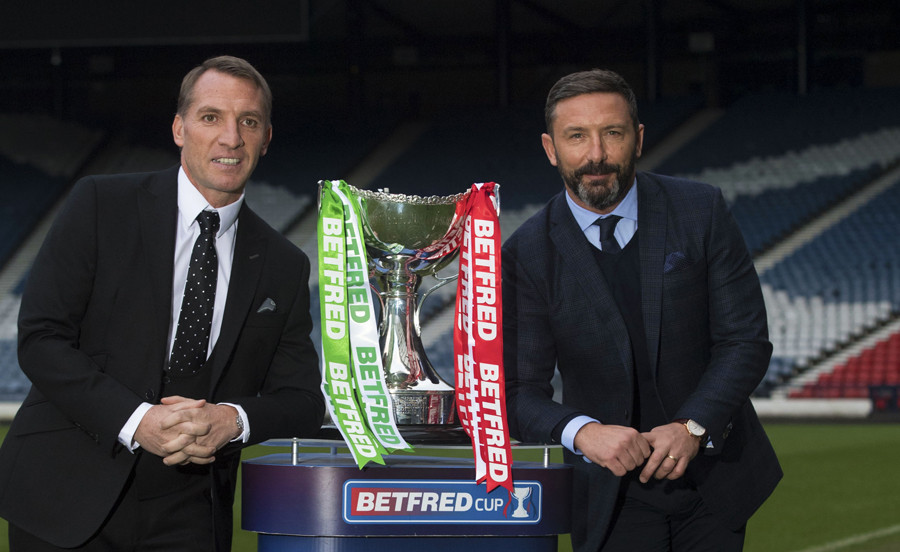 Road to the final: Celtic won away to Partick Thistle (3-1) and St Johnstone (1-0) before beating Hearts 3-0 at BT Murrayfield in the semi-final. Aberdeen are yet to concede a goal – their last-16 tie produced a 4-0 home win over St Mirren then they knocked out Hibernian on penalties after a 0-0 draw at Easter Road. Lewis Ferguson was the semi-final hero with the only goal against Rangers.

League Cup pedigree: Celtic have won the trophy in each of the last two seasons and have claimed the cup 17 times overall, most recently against Motherwell 12 months ago. Aberdeen are six-time winners – their last success was against Inverness CT on penalties in 2013/14.

Past meetings: This is the fourth League Cup final between the teams. Aberdeen won 2-1 after extra time in 1976/77 thanks to goals from Drew Jarvie and Davie Robb when Ally MacLeod was manager. Kenny Dalglish was at the helm when Celtic triumphed 2-0 in the 1999/00 final with goals from Vidar Riseth and Tommy Johnson. It was 3-0 for Celtic two years ago – Tom Rogic, James Forrest and Moussa Dembele (penalty) scored.

Facts and figures: Celtic are bidding to become the first team to win the League Cup three years running since Rangers under Graeme Souness from 1986-1988. Brendan Rodgers is seeking a seventh successive domestic trophy as Celtic boss while Derek McInnes will be the first Aberdeen manager to claim this silverware twice if the Dons come out on top.

This season: Celtic won 1-0 in September thanks to a Scott Sinclair goal. The sides next meet in the Ladbrokes Premiership at Pittodrie on Boxing Day.

Team news: Celtic defender Dedryck Boyata is available after missing the semi-final through suspension but fellow centre-half Kristoffer Ajer remains on the injury list. Skipper Scott Brown returned for Thursday’s Europa League tie against Rosenborg after a month out. Brendan Rodgers has confirmed that Scott Bain will be in goal. Aberdeen are without long-term absentees Mark Reynolds and Tommie Hoban while Michael Devlin is a doubt.

Please note: All supporters should note that enhanced search arrangements will be in place. This additional safety measure has the potential to delay entry into the ground so fans are strongly encouraged to get to the stadium as early as possible. Turnstiles will be open 90 minutes before kick-off, i.e. at 1.30pm