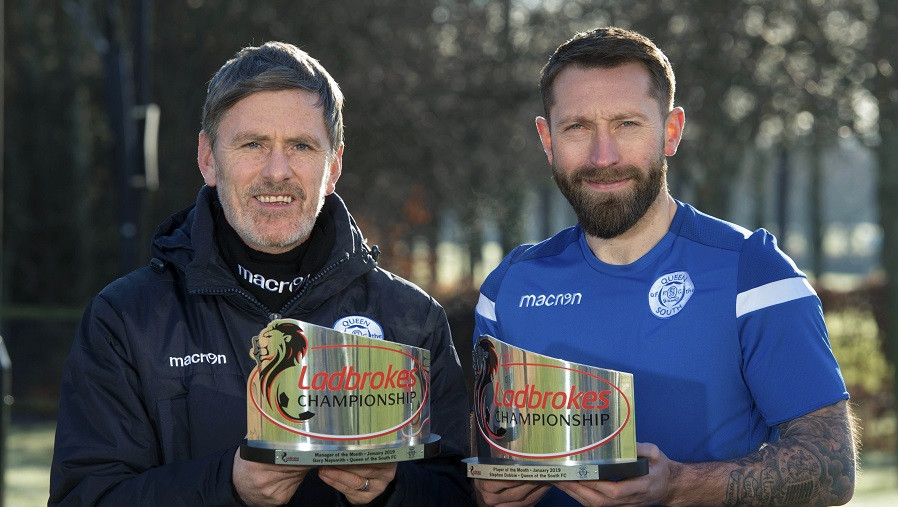 Queen of the South have landed a Ladbrokes Championship awards double for January...

Queens won 2-1 away to Inverness Caley Thistle and thrashed Ross County 4-0 at Palmerston, as well as knocking Dundee out of the Scottish Cup to set up a fifth-round tie at Aberdeen.

Dobbie scored four January goals in the Championship and another four in the Scottish Cup to take his tally to 19 in the league and an incredible 37 from 30 appearances in all competitions.

Queen of the South are three points outside the promotion play-off places going into Saturday’s game away to bottom club Falkirk.