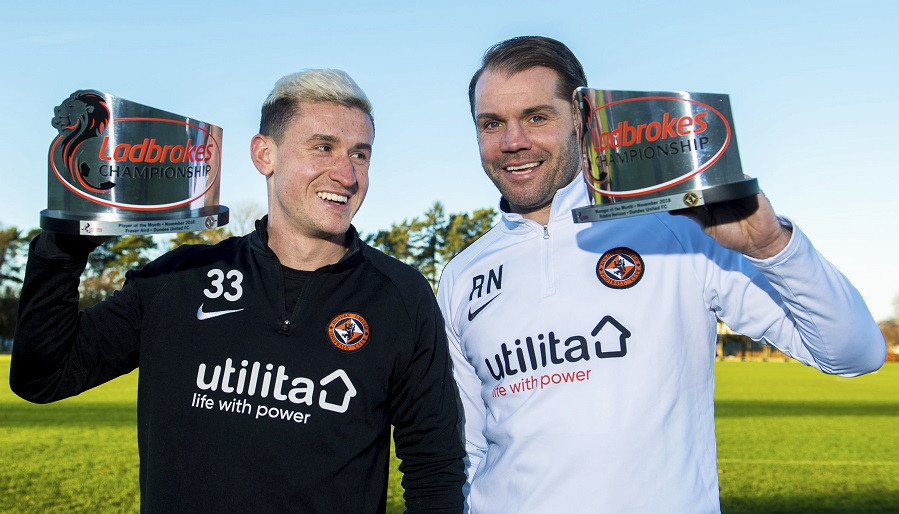 Robbie Neilson was voted Manager of the Month as the Tannadice side extended their winning run to four matches prior to Friday's defeat to Ayr United.

Former Rangers and Falkirk winger Fraser Aird was named Player of the Month after a number of impressive recent performances.