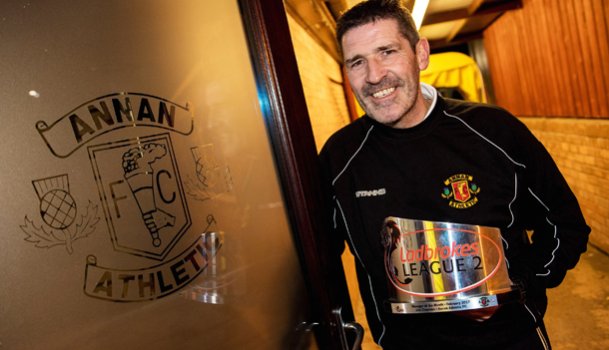 Jim Chapman has been named as the new manager of Clyde after leaving Ladbrokes League 2 rivals Annan Athletic.

Jim Chapman has been named as the new manager of Clyde after leaving Ladbrokes League 2 rivals Annan Athletic.

Jon Paul McGovern and Peter MacDonald had been in temporary charge of the Bully Wee following the departure of Barry Ferguson earlier this year.

Chapman has previously been in charge of Albion Rovers and Dumbarton and makes the move to Broadwood after four years at Galabank.

Clyde chairman Norrie Innes told the club website: “Over the years, Jim has contributed a lot to the game and sport in general and this has largely been within the environment of the very demanding lower leagues.

“He now has the appetite for a fresh challenge. Jim has left Annan Athletic - and the many good people at a fine club - to help Clyde progress to a higher level. He demonstrated a very strong desire to join Clyde and this was very important to us."