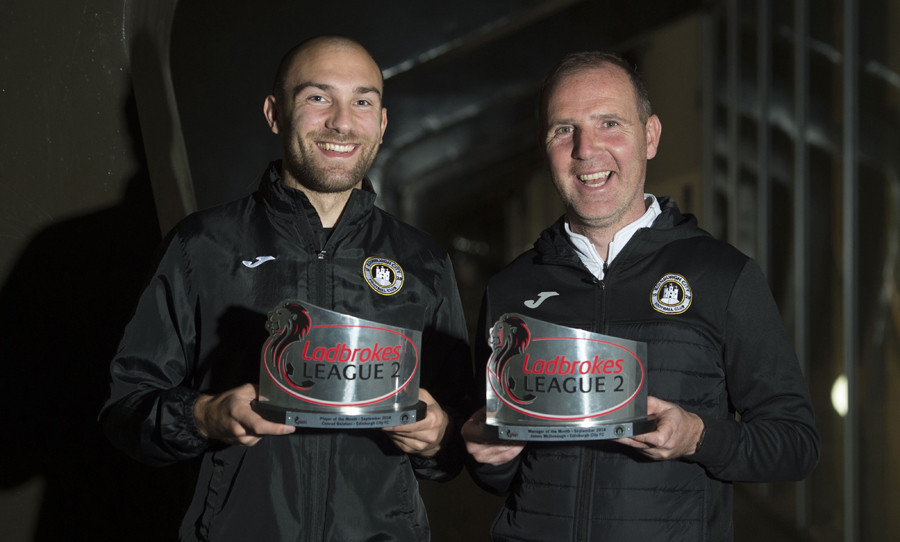 James McDonaugh has been voted Manager of the Month after steering City to six league wins on the trot, including September victories over Peterhead, Annan Athletic, Queen’s Park and Cowdenbeath.

Conrad Balatoni was named League 2 Player of the Month – the former Hearts and Kilmarnock centre-half was part of a defence that conceded only one goal last month and also scored the winner against Cowdenbeath as City continued their outstanding start.