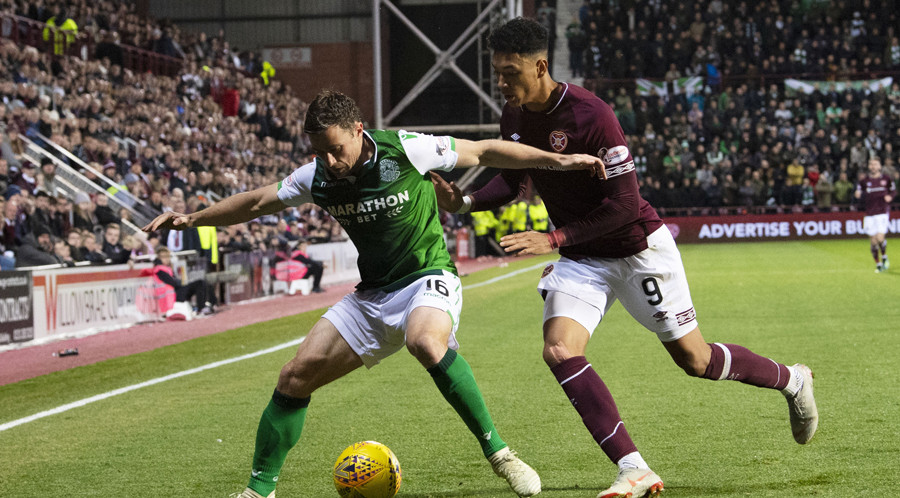 Round-up of Wednesday's games in the Ladbrokes Premiership

The first Edinburgh derby of the season ended in a 0-0 draw at Tynecastle as Hibernian - who had Flo Kamberi sent off after 65 minutes - earned a point against the league leaders.

Kilmarnock are third after a 1-1 draw with Rangers at Ibrox, where Greg Stewart quickly cancelled out an opening goal from Alfredo Morelos.

Aberdeen saw off Hamilton Accies 3-0 at Pittodrie, helped by a stunning strike from James Wilson either side of goals from Graeme Shinnie and Michael Devlin. Dougie Imrie saw red for Martin Canning’s men in stoppage time.

David Turnbull and Chris Cadden were on target as Motherwell won 2-0 away to St Mirren, who had Ryan Flynn sent off towards the end.