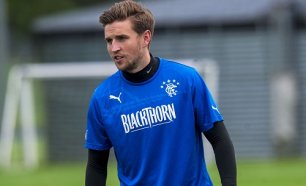 Striker Craig Sutherland has joined Queen&rsquo;s Park until the end of the season.

Striker Craig Sutherland has joined Queen’s Park until the end of the season.

The 25-year-old played for four years in the American University system in the Mid-West and North Carolina before signing for Blackpool in 2011.

His time at the Seasiders involved a spell on loan to Plymouth and he headed to Dundee after a stint at Woking but registration issues prevented a deal being done.

Sutherland was able to sign for the Spiders due to their amateur status and has gone straight into head coach Gus MacPherson’s plans for the last six games of the season.

MacPherson said: “I am delighted to bring Craig in and I am sure he will enjoy the platform to show what he can do in competitive games. He has looked impressive and I wish I had got hold of him earlier.”

The Hampden side have also brought Tony Wallace back on loan from Morton until the end of the season.