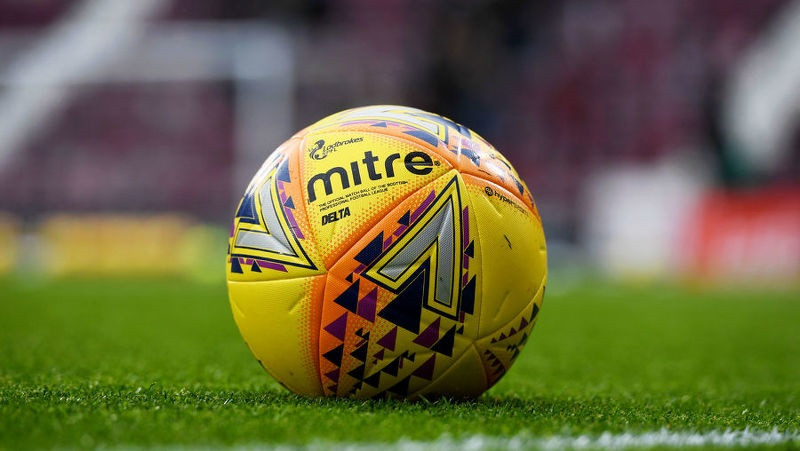 The SPFL today announced the fixtures for the 2018/19 season, ahead of the big kick-off on the weekend of August 4/5.

We asked SPFL Company Secretary and Director of Operations Iain Blair to give us an insight into the challenges involved in compiling the fixture list.

Are you happy with the 2018/19 fixture list?
I have been doing this job for almost 20 years now and if I’ve learned one thing it’s that there is no such thing as a perfect fixture list! Clubs and fans understandably focus only on their own schedule but our aim is to produce the best and most balanced set of fixtures we can. Moving one match to try to solve a particular issue can impact on many other games so it’s very much a balancing act. There are several versions for each division before we get to a final set for publication.

How crowded is our fixture calendar?
There’s certainly not much room for manoeuvre! For example, there is only one midweek this side of Christmas that doesn’t have European, international or domestic football and that’s December 18/19. In the second half of the season, Scottish Cup replays add to the pressure on the fixture list, particularly as we have more midweek matches in the Premiership as a by-product of the winter break. Fixture congestion is less of an issue outside the top flight – we have two midweek rounds in the Championship and none at all in League 1 and League 2. Let’s hope the weather is kind and we don’t see another ‘Beast from the East’, which caused so much disruption at the end of February and beginning of March.

Any particular stadium issues this season?
We’ve had more challenging seasons in that respect. Last year we had the issue of Hearts building their impressive new stand, which had an impact on the fixture list, but this season we expect all works to be completed before the start of the league season – eg Raith Rovers and Livingston are installing artificial pitches at Stark’s Park and Hamilton Academical are also putting down a new surface.

Who produces the fixtures?
This is our third season of producing the fixtures in conjunction with GotSoccer, who work with a number of other major leagues, including France, Poland, Australia and MLS. They are a US-based company, who use optimisation software to produce a set of fixtures based on the information (or ‘fixture recipe’) provided by the SPFL.

What goes into the recipe?
There are a lot of factors. Clubs may ask not to be at home on certain days due to local events which could have an impact, and we also liaise with Police Scotland on any requests they may have. Examples include limiting the instances of Hearts being at home when there are major rugby internationals at Murrayfield, Ayr United playing away when the Scottish Grand National and Scottish Air Show is on and Raith Rovers being away for the Links Market in Kirkcaldy. Central Park is unavailable on a couple of weekends due to major stock car races and there are obviously many dates Queen’s Park cannot use Hampden due to internationals, cup semi-finals and finals.

A number of clubs must play at home on different weekends and we have been able to ensure no fixtures clashes between Celtic and Rangers, Dundee and Dundee United, Heart of Midlothian and Hibernian and Inverness Caledonian Thistle and Ross County. We try to limit travelling around the festive period and in midweeks, although unfortunately it’s not always possible.

Why are clubs not simply at home one week and away the next?
We are often asked this question but it’s not mathematically possible for one thing. Every constraint that is then added to the recipe also has an impact on the schedule but limiting instances of H-H or A-A is something we work hard on with GotSoccer when compiling the fixtures. The number of ‘doubles’ is the same as last year for the Premiership, League 1 and League 2 and slightly down in the Championship. In general terms, we try to provide the best balance we can – as an example, all 42 clubs have three home and three away games in their first six fixtures and a two/two home/away split across their final four.

When are the derby matches in 2018/19?
With no New Year fixtures in any of the four divisions, the traditional derbies will be played on the weekend of December 29, when we will have Rangers v Celtic and Hibernian v Heart of Midlothian among the Premiership fixtures and the return of the Highland derby in the Championship. We know there has been talk among supporters urging more derby weekends but the more fixtures we force to certain days, the less balanced a schedule we can have overall. We are looking forward to 24 Angus derbies in League 1, though! This is the first time since the four-league structure was introduced in 1994/95 that Arbroath, Brechin City, Forfar Athletic and Montrose have all been in the same division.

Home starts again for last season’s champions?
There is indeed. That is something we always look to factor in, so Celtic, St Mirren, Ayr United and Montrose will start at home to allow them to unfurl the title flags.

Why does the season finish a week later than in 2017/18?
The absence of major tournaments in odd-numbered years allows us a bit more leeway so our final match will be the second leg of the Premiership play-off final on Sunday May 26. The season doesn’t end there though – there are Euro 2020 qualifiers in June!

Why is the winter break confined to the Premiership?
Clubs outside the Premiership were asked but their preference was to continue playing. The dates without Premiership matches in 2019 are January 5 and 12 – the clubs will return to action in the fourth round of the Scottish Cup on January 19. Some clubs would prefer a longer winter break but with 38 games it is very difficult for us to deliver. People might point to the likes of the Bundesliga but they only play 34 fixture rounds and therefore have more flexibility.

When will the first batch of live TV games be announced?
The first weekend has already been covered off, with Aberdeen v Rangers live on Sky Sports on Sunday August 5, kick-off 1.00pm. There is no specific date for the next batch of TV matches but we will work with our broadcast partners and try to publish as soon as possible.

Why are there no Premiership or Championship games on August 18?
This is due to the second round of the Betfred Cup. It was previously played in midweek but a change to the UEFA competition dates mean that option is not available to us in 2018/19 hence the weekend slot for the Betfred Cup.

Can you remind us of the dates for post-split Ladbrokes Premiership games?
Fixture rounds 34-38 will be played on the weekends of April 20, April 27, May 4, May 11 and May 18. The Scottish Cup semi-finals are on April 13 and the final is on May 25.

Anything else to add?
Just that we are looking forward to another exciting season. Scottish football has its critics but crowds were up again last year. The SPFL topped the attendance table per head of population in a recent survey carried out by the EPFL and several clubs have reported very healthy season ticket sales this summer. We have the Betfred Cup to enjoy from mid-July then the focus is very much on the league campaign getting under way on the first weekend in August. There was drama and great games aplenty in 2017/18 and I’m sure we’ll see more of the same in the coming months. We hope everyone with an interest in Scottish football enjoys 2018/19 and I would like to wish all of our member clubs the very best of luck.