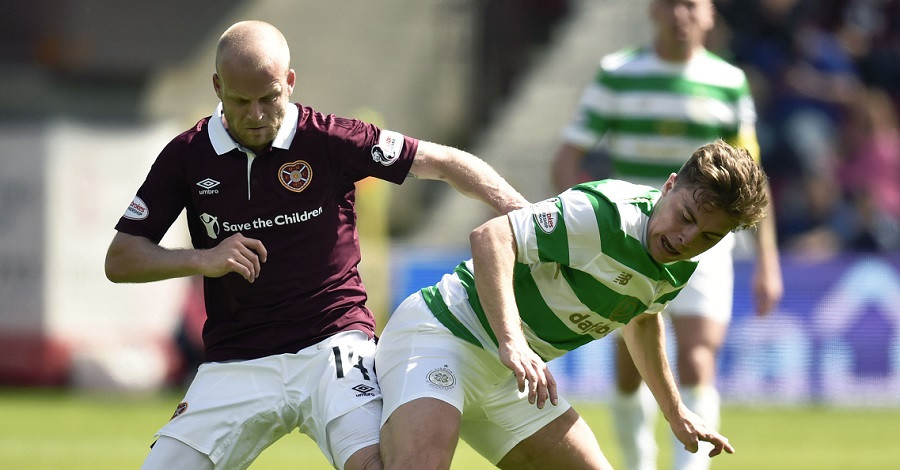 Craig Fowler looks at six players who could decide the outcome of Sunday’s Betfred Cup semi-final between Heart of Midlothian and Celtic at BT Murrayfield.

Odsonne Edouard (Celtic)
Hearts are going into the match without their two first-choice centre-backs in Christophe Berra and John Souttar and it will be up to Edouard more than any other player in green and white hoops to take full advantage of that. The Frenchman sparkled against Hibs at the weekend and he'll be looking to build on his recent goalscoring run, with him now up to eight goals for the season.

Steven Naismith (Hearts)
The top goalscorer in the Ladbrokes Premiership will be looking to add to his 11-goal haul and propel Hearts into their first League Cup final since 2012/13. Furthermore, as stand-in captain, Naismith will look to keep his team-mates focused and disciplined. He always barks instructions throughout the 90 minutes and the Betfred Cup semi-final will be no exception.

James Forrest (Celtic)
Hearts have preferred a 4-4-2 formation this season with an inverted attacker on the left-wing, typically either Steven Naismith or Arnaud Djoum. This allows Demetri Mitchell, a winger turned full-back, to provide extra punch and width to the attack. Forrest's pace and goalscoring threat down Celtic's right could either suppress Mitchell's attacking instinct, or expose his defensive frailties - or both.

Zdenek 'Bobby' Zlamal (Hearts)
The Czech goalkeeper has impressed since signing this summer, keeping Republic of Ireland international Colin Doyle sitting patiently on the bench with a string of fine performances. Though relatively untested the last time these teams met - a 1-0 win for Hearts at Tynecastle - he will expect a busier afternoon at Murrayfield. A couple of excellent stops at just the right moments could swing the game in Hearts' favour.

Olivier Ntcham (Celtic)
Captain Scott Brown pulled up just 21 minutes into the 4-2 victory over Hibs and has been described as a ‘major doubt’ for Thursday's clash with RB Leipzig. In both that match and against Hearts it could be up to his fellow midfielders to ensure Celtic still keep a firm hold of the central battle. Ntcham is capable of dictating any game - if he can do so against Hearts then the favourites could control proceedings.

Peter Haring (Hearts)
It's possible the Austrian may miss the match as he tries to overcome a strain caused by the need for a hernia operation, which Hearts are trying to postpone until January. Craig Levein, though, did state that he would be ‘surprised’ if Haring wasn't fit in time for Sunday. If he does play, the defender-turned-midfielder will be crucial to his side's chances. His energy, strength and perceptive reading of second balls will be crucial to disrupting Celtic's flow and allowing the Hearts to play on the front foot.