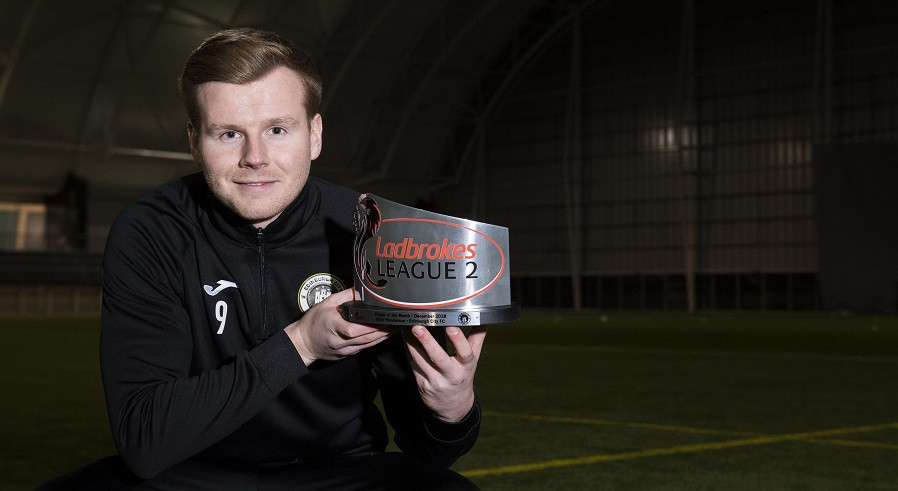 Edinburgh City striker Blair Henderson has been voted Ladbrokes League 2 Player of the Month for December.

The 24-year-old scored seven goals last month, including a hat-trick against Elgin City, to help keep James McDonaugh's men at the top of the table.

He has netted 26 goals in 30 appearances in all competitions for City, having moved from Annan Athletic in the summer, and was also voted League 2 Player of the Month in October.