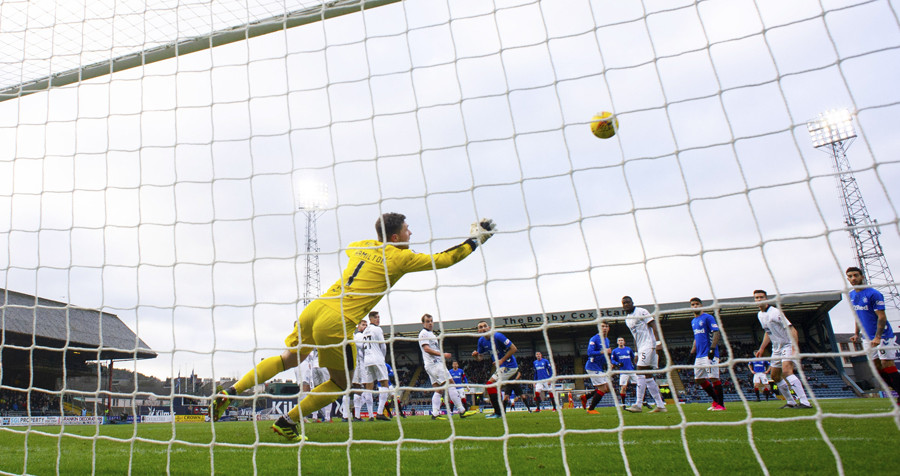 Honours even at Dens Park

Dundee and Rangers drew 1-1 at the Kilmac Stadium at Dens Park in Sunday's Ladbrokes Premiership game.

Kenny Miller gave the Dark Blues an early lead against his former club but Andy Halliday equalised with a free-kick midway through the first half after Nathan Ralph had been sent off.

Dundee held on to move off the bottom of the table on goal difference while Rangers are up to second spot, two points behind Celtic.